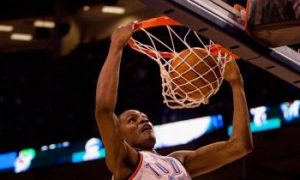 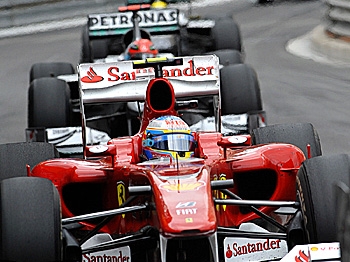 Opinion: Schumacher Should Not Be Penalized

By James Fish
Print
Michael Schumacher’s last-lap pass of Ferrari’s Fernando Alonso earned the German driver a 20-second penalty, dropping him from sixth to twelfth, costing him any points he had won for the race.

The penalty is being appealed by Mercedes team principal Ross brawn, as it should be.

At issue here, is which rules apply, the rules for a race under a yellow flag, or for a race ending under a green flag?

To me the answer is easy, a green flag was waving when the race ended. What is unclear?

When the green flag waved, Fernando Alonso hit the gas hard—too hard, so he spun his tires. Michael Schumacher made a better restart, and slipped into sixth place. A pass under a green flag = I win, you lose—that’s racing.

Possibly there was a miscommunication at race control. Probably the race director did not intend for the green flag to weave when the pace car pulled off.

As I read it, the safety car came into the pits as scheduled on the final lap of a race ending under yellow. The problem lies with race control: if they intended the race to end under yellow, they should not have waved a green flag.

Whatever the intent, once the green flag waves, the race is on. The rules cited apply only when a race ends under yellow (as I believe this one was supposed to.) However, if a green flag waved before the end of the race (and it did), then the race did not end under yellow.

If the race director waved the green flag, the track was no longer under yellow. Therefore, rules about yellow-flag endings do not apply.

I cannot see penalizing a driver for a race director's error.

Apparently Hamilton sped up to cross the line in fifth, and Alonso tried to speed up. One doesn't spin the tires when not accelerating, and the rules clearly state that the drivers are not allowed to brake or accelerate under yellow-flag conditions. Alonso obviously thought the race was green.

As of this season, every stewards crew now has to include at least one former professional race driver. The crew at Monaco had Damon Hill, a long-time F1 adversary of Michael Schumacher, a man who reputedly actively dislikes Michael Schumacher. This decision will be tainted by that personality conflict, until it is reviewed.

And once it is reviewed … it is hard to argue against photographic evidence. The green flag was waving, the green lights were flashing. The race was on.

“40.13—If the race ends whilst the safety car is deployed it will enter the pit lane at the end of the last lap and the cars will take the chequered flag as normal without overtaking.”

40.11—When the clerk of the course decides it is safe to call in the safety car the message "SAFETY CAR IN THIS LAP" will be displayed on the timing monitors and the car's orange lights will be extinguished This will be the signal to the teams and drivers that it will be entering the pit lane at the end of that lap.

“At this point the first car in line behind the safety car may dictate the pace and, if necessary, fall more than ten car lengths behind it.

“In order to avoid the likelihood of accidents before the safety car returns to the pits, from the point at which the lights on the car are turned out drivers must proceed at a pace which involves no erratic acceleration or braking nor any other manoeuvre which is likely to endanger other drivers or impede the restart.

"As the safety car is approaching the pit entry the yellow flags and SC boards will be withdrawn and replaced by waved green flags with green lights at the Line. These will be displayed until the last car crosses the Line.”

This is the applicable rule assuming a green flag follows the yellow flag, as it did in the is case. If Race Control messed up and didn’t communicate Not to wave the green, that is not the fault of the drivers.

The opinions herein expressed are solely those of the author, and in no way represent the views of The Epoch Times. Feel free to rebut at James.Fish@epochtimes.com.