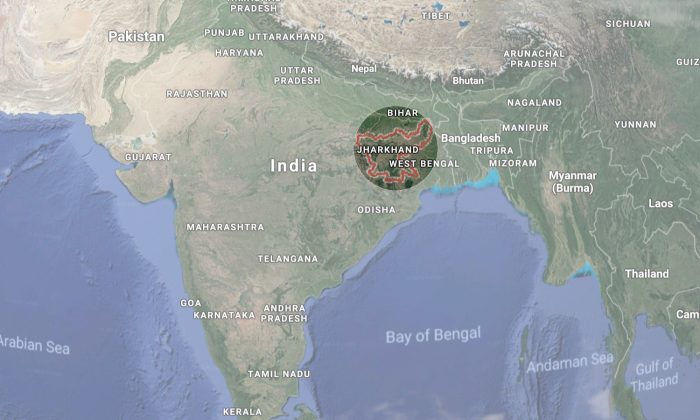 The Indian state of Jharkhand, where a principal burned 13 students with a candle on Jan. 31, 2018. (Screenshot via Google Maps)
India

School Principal Fired After Forcing Students to Burn Themselves

The principal of a school in India was fired after children came home with burns on their hands. The incident occurred on Jan. 31 at a private school in the state of Jharkhand.

Sushanti Hembrom wanted to scare 9-year-old students into confessing to a theft by telling them to hold their hands over a candle flame. But the tactic backfired and some students burned themselves, BBC reported.

Hembrom only started asking students to hold their hands over the flame when she couldn’t find the stolen money by other means. Hembrom first made students remove their shoes and socks, and checked their bags before resorting to the more extreme method, Gulf News reported.

“Eventually, the principal lighted a candle on the desk and asked us to put our hands above the lighted candle to prove our innocence; 13 students suffered burn injuries in the process,” said Raushan Kumar Das, one of the burned students, via Gulf News.

Besides the students who burned themselves by simply doing as they were told, at least one student’s hand was forcibly held over the flame by Hembrom, according to BBC.

Parents protested in front of the school to demand action against Hembrom.

Hembrom has since admitted wrongdoing and apologized to parents.

“I committed the mistake but my intention was to catch the culprit who had stolen the money and not to punish the students and injure them,” Hembrom said, via Gulf News.

Although corporal punishment is banned in Indian schools, it continues to be practiced in various forms, according to BBC. In the past few years, incidents of Indian schools forcing students to strip as punishment, or as a way to search for stolen money have also been reported.