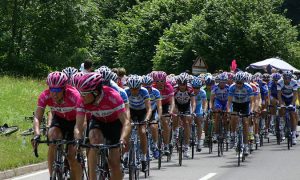 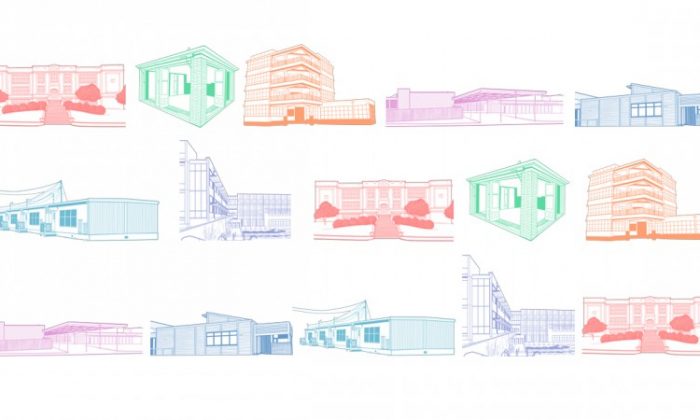 School Design Through the Decades

In the decades after the Industrial Revolution, educational reformers led the effort to modernise schools and classroom spaces, and the ubiquitous one-room schoolhouse gradually gave way to bigger and more sophisticated designs. Scholars such as Lindsay Baker at the University of California, Berkeley have traced the subsequent history of these school designs, and have noted the surprising ebb and flow of attention to details such as indoor air quality and access to daylight.

This article explores some school designs from across these decades in the USA and Europe.

Daylighting and natural ventilation were fundamental to many of these plans, although more advanced ventilation systems and incandescent lights began to appear in some later schools. As Baker notes, some designers also emphasised the importance of views so that students could “rest their eyes at times”.

In Europe the first ‘open air’ schools, such as Waldschule (or ‘forest school’) in Charlottenburg, Germany, were aimed at quelling the spread of tuberculosis through exposure to air and sunshine. Classes were often held outdoors or in small buildings with folding glass doors, while the architecture of some larger buildings mimicked that of hospitals, reinforced by the notion of ‘hygienic architecture’.

Beginning in the 1920s, leading architects began to lend their vision to schoolroom designs, including luminaries such as Eliel Saarinen, Walter Gropius and Richard Neutra. As Baker writes, these progressive schools began to be grouped together as examples of the ‘open air school’ movement. Collectively, they were characterised by their emphasis on fresh air, daylight, outdoor learning and an easy flow through the structures that might aid students’ physical health and mental wellbeing. In the USA ventilation standards were set at 30 cubic feet per minute per student.

In the 1930s the intervention of the Public Works Administration in the USA allowed school construction to continue despite the nation’s financial woes, and many features of earlier schools were retained, if simplified. By the late 1930s fluorescent lights had begun to appear in some schools.

Postwar schools featured more standardised and cost-conscious designs, in part due to tight budgets amid the Baby Boom spike in school enrolments. One style that became popular in California and other relatively warm climates was the ‘finger-plan’ design, which followed the era’s more modern, one-storey, flat-roof design aesthetic. Finger-like corridors, however, gave each school’s classrooms maximum access to fresh air, daylight and the outside. Across the USA air conditioning also debuted in schools, while ventilation standards were lowered from 30 to 10 cubic feet per minute per student. Although artificial lights proliferated, most schools still provided plenty of natural light.

Dwindling enrolments and budgets in many school districts forced schools to economise or reconfigure existing spaces wherever they could. The 1960s also brought a greater emphasis on prefabrication techniques to the school construction industry, and an increasing reliance on technology de-emphasised the need for large windows and natural ventilation.

After the energy crisis of 1973 some schools replaced all of their large windows and natural ventilation with fluorescent lights and mechanical ventilation systems. Some schools, in fact, took on the appearance of shopping malls: air-conditioned spaces with few or no windows at all. The age of experimentation also led to open plan (or open space) classrooms, which often lacked windows and suffered from poor acoustics. The US Department of Defense, for its part, proposed underground classrooms – which could double as fallout shelters.

The Baubiologie movement, which began in Europe in response to a post-World War II rise in illnesses attributed to faulty construction practices, has placed an emphasis on buildings that are both healthy and environmentally friendly. A new kindergarten in Sluštice in the Czech Republic, designed according to the 25 principles of Baubiologie, has taken a back-to-basics approach. Its design, by Prague-based architect David Eyer, features natural materials, day-lit rooms and a central courtyard for children to play in.

As a backlash to the experimentation of the preceding decades, designs and renovations of the 1980s emphasised more modest investments and traditional features. In 1981 US ventilation standards within buildings dropped to a low point of 5 cubic feet per minute per person; eight years later, though, the standards rebounded to 15 cubic feet per minute per person. By the mid-1990s US officials had begun to note the state of disrepair affecting the nation’s schools. Portable classrooms also began receiving greater scrutiny after an influx of the structures in the 1980s and the subsequent realisation that most were more permanent additions rather than temporary solutions.

The debut of the LEED (Leadership in Energy and Environmental Design) rating system by the US Green Building Council in the late 1990s and the LEED for Schools programme in 2007 spurred an emphasis on environmentally friendly buildings that also improved indoor air quality. Features such as low- or no-VOC (volatile organic compound) paint and finishes became increasingly common, along with a renewed interest in natural ventilation and daylighting.

The Living Building Challenge, begun by what is now called the International Living Future Institute, uses a flower as a metaphor for how all buildings, including schools, should be designed. Among its seven ‘petals’ the challenge requires buildings to collect their own rainwater, generate their own electricity, abstain from toxic materials, and promote the health and wellbeing of occupants. So far, the Hawaii Preparatory Academy Energy Lab and the Bertschi Living Building Science Wing in Seattle have achieved full certification, while the SEED Collaborative has applied the same ‘living building’ concepts to a portable classroom model.

The SAGE portable classroom emphasises daylight and fresh air. Its design also features a reinforced steel frame to reduce the need for exterior infrastructure and a natural wax material within the walls that captures students’ excess energy and uses it to change from a solid to a liquid. Instead of needing fans to expel all of the heat, the classroom instead only requires an air exchange system.

Republished with permission from Mosaic Science. Read the original.