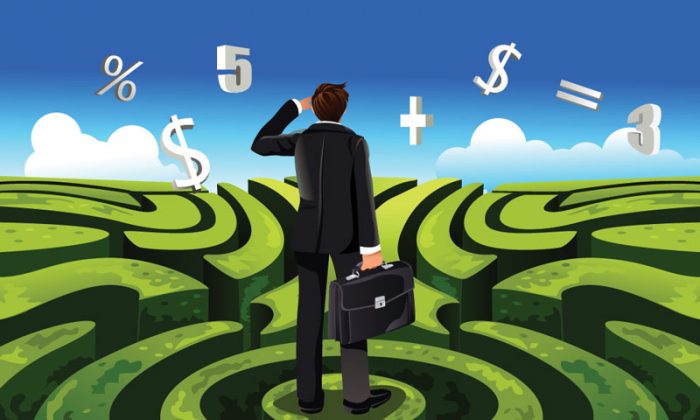 Few topics in recent years have aroused as much interest among libertarians as intellectual property. What place, if any, would IP — patents, copyrights, trademarks and the like — have in a libertarian society? Ayn Rand and her Objectivist followers view IP as the most basic of all property rights. Diametrically opposed are those who say, “You cannot own an idea”: ideas are not in the economic sense scarce goods and thus property rights in them are at odds with the purpose of property rights, avoiding conflict over the use of such goods. Still others shift the argument from rights to the benefits and costs of IP. Does IP promote valuable inventions and creativity, or does it impede them?

Faced with a welter of arguments in conflict, what is the perplexed libertarian to do? Butler Shaffer’s superb monograph offers an easy way to unravel the IP puzzles. He starts from a fundamental principle basic to libertarianism and explains how the implications of this principle shed light on IP issues.

What is this principle? It is that rights stem from “the informal processes by which men and women accord to each other a respect for the inviolability of their lives — along with claims to external resources (e.g., land, food, water, etc.) necessary to sustain their lives.” (p.18) The “informal processes” that Shaffer mentions proceed without coercion. In particular, law and rights do not depend on the dictates of the state, an organization that claims a monopoly over the legitimate use of force in a territory.

In adopting this stance, Shaffer puts himself at odds with much that passes in our day for wisdom among professors of law. “In a world grounded in institutional structuring, it is often difficult to find people willing to consider the possibility that property interests could derive from any source other than an acknowledged legal authority. There is an apparent acceptance of Jeremy Bentham’s dictum that ‘property is entirely the creature of law.’” (pp. 18-19)

What follows for IP if one accepts Shaffer’s libertarian staring point? Then, we must ask the further question, would people who respect each other’s life and property recognize IP rights? To ask this question, though, raises a further issue. How are we to find out what people in this imagined situation would do? We live, after all, in “a world grounded in institutional structuring.” In our world, IP exists: how do we know what would exist in a stateless world?

Shaffer solves this difficulty by moving to a question that we can answer: How in fact has IP arisen? Was it recognized by the common law or has it been imposed by the state? Shaffer has no doubt about the answer:

“The common law system got it right: because the essence of ownership is found in the capacity to control some resource in furtherance of one’s purposes, such a claim [of common law copyright] is lost once a product is released to the public. The situation is similar to that of a person owning oxygen that is contained in a tank, but loses a claim to any quantity that might be released — by a leaky valve — into the air.” (pp. 25-26)

IP today goes far beyond the limited protection afforded by common law copyright. In the modern IP system, the state grants monopoly privileges, and this is inconsistent with libertarian principles:

“If copyrights, patents, or trademark protections are not recognized among free people — unless specifically contracted for between two parties — by what reasoning can the state create and enforce such interests upon persons have not agreed to be so bound? … Among men and women of libertarian sentiments, one would expect to find a presumption of opposition to the idea that a monopolist of legal violence could create property interests that others would be bound in principle to respect.” (p. 22)

One might raise an objection to Shaffer’s argument. Even if people have not in fact voluntarily agreed to laws protecting IP, does this suffice to show that they could not do so? Shaffer allows contracts in which two people agree to limits on the right to reproduce an item that is purchased, but can one not imagine such contracts extended further? Could one not devise a complicated contract in which everyone agrees to IP protection? A contract of this sort would resemble agreements that some have proposed to supply public goods in an anarchist society.

I do not know how Shaffer would respond, but the imagined contract creates little trouble for the thesis he wishes to defend. He need not deny the bare possibility of a contract of this sort. He has only to insist once more that this contract would bind only those who had agreed to it, and it in that way does not resemble our present IP arrangements.

If Shaffer is right that a libertarian society would not recognize IP, we must now ask another question. Is this an unfortunate feature of a libertarian society as Shaffer conceives of it? Some have thought so, fearing that IP protection is needed to stimulate inventions and to promote creativity in the arts.

Shaffer finds no reason to accept this contention. After mentioning a large number of tools and inventions from prehistoric times, he says, “All of these early inventions and creations were accomplished, as far as is known, without a violence-backed monopoly to prevent others from copying them.” (pp. 35-36)

In his discussion of innovation, Shaffer avoids a bad argument that, I regret to say, has beguiled several opponents of IP. It is correctly pointed out that ideas are not scarce, in one meaning of that term. Any number of people can make use of an idea at the same time. By contrast, economic goods are scarce: one’s use of economic goods excludes others from using them. In brief, ideas are non-rivalrous. From this, it is wrongly concluded that the creation of new and valuable ideas poses no problem: If ideas are not scarce, then they are abundant. Obviously, then, IP protection for them is absurd. It makes no more sense than property rights in air, a good which in normal circumstances anyone can have as much as he wants.

A parallel argument will serve to expose the fallacy. A common criticism of the free market is that it cannot supply public goods, such as national defense, in the economically optimal quantity. A public good is non-rivalrous: my consumption of defense, e.g., does not impede your consumption of it. It is alleged that this leads to undersupply of the good.

It would be a very poor answer to this complaint against the market to say, “This is not a problem! Just as the opponent of the free market has said, defense is a public, non-rivalrous good. If so, it is abundant — we need not then worry about its supply.” The error here is apparent: the fact that an indefinite number of people can consume a good at the same time does not show that there is as much of the good as people want. The application of this to the IP argument canvassed above is, I hope, sufficiently obvious.

Shaffer’s book contains much else of great value. He points out that “the patenting process, as with government regulation generally, is an expensive and time-consuming undertaking that tends to increase industrial concentration.” (p. 42) This, he holds, is a development much to be deplored. In his fear of the malign effects of undue organizational size, Shaffer has been influenced by Leopold Kohr, an original but neglected thinker.

Shaffer aptly concludes his monograph in this way:

“Can one, consistent, with a libertarian philosophy, respect any ‘property’ interest that is both created and enforced by the state, a system defined by its monopoly on the use of violence? I regard the proposition as indefensible as would be the question of a libertarian defense of war.” (p. 54)

David Gordon is a Senior Fellow at the Mises Institute. He is author of “Resurrecting Marx” and “An Introduction to Economic Reasoning” and editor of numerous books including “The Essential Rothbard“. Republished from Ludwig von Mises Institute under Creative Commons License 3.0.

*Image of “maze” via Shutterstock