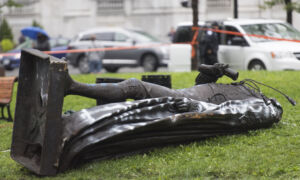 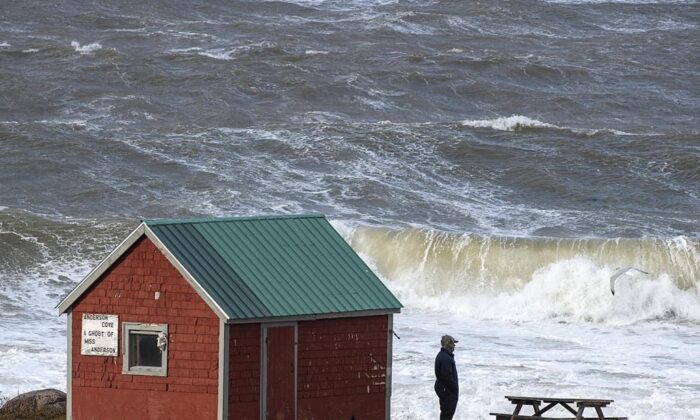 A man looks out onto the Bay of Fundy in Hillsburn, N.S. in an area where empty life-rafts from a scallop fishing vessel where reported on Tuesday, Dec. 15, 2020. Search and rescue aircraft, along with Canadian Coast Guard boats have been dispatched as well as ground search and rescue personnel. THE CANADIAN PRESS/Andrew Vaughan
Canada

DIGBY—Six crew are missing after a scallop vessel sank off the coast of southwestern Nova Scotia early Tuesday in two-metre seas and powerful winds.

Lt.-Cmdr. Brian Owens of the search and rescue co-ordination centre in Halifax says an emergency signal was received at 5:50 a.m. Tuesday from the boat off Delaps Cove, N.S., about 40 kilometres northeast of Digby.

He said a large search effort was underway, but as of 3 p.m. local time no survivors had been located from the scallop dragger Chief William Saulis.

The rescue centre says debris was spotted on the heaving seas at 8:22 a.m., and during the morning two life-rafts were found on shore with nobody in them.

A Cormorant helicopter and a Hercules aircraft were dispatched from Greenwood, N.S. Three coast guard vessels along with ground search and rescue teams were searching along the coastal area for any sign of the crew.

Alain d’Entremont, president of the Full Bay Scallop Association, confirmed that the boat is owned by Yarmouth Sea Products, which is a member of the association.

D’Entremont said the 15-metre scallop dragger was on its way to Digby when it “seemed to have sunk.”

“As a vessel owner myself, you go to bed at night thinking about the men who are out on the water. It’s something you think about all the time, and you hate to hear about it.”

He said it’s hard to describe the sadness in the local fishing communities as they await the outcome of the search.

“We’re hoping there’s a chance they made it ashore. They weren’t too far offshore, and if they had survival suits on, there are boats and helicopters and coast guard assets in the area,” he said.

However, d’Entremont said some of his boats participated in the search effort and they described “miserable” conditions at sea.

Owens said the search will continue through the day and into the evening.

“Our determination is to find these individuals as quickly as possible and we’ll continue as long as we have to in order to find these people,” he said.

The area has a long tradition of scallop fishing, and a prior sinking tragedy is still fresh in the memories of many fishers in the Digby area.

On Sept. 14, 2010, a search in the Bay of Fundy for a missing scallop dragger, The RLJ, and its crew of four was called off after the military confirmed none had survived.

The draggers often set out from Yarmouth and Digby on multi−day journeys in the bay, and typically have emergency beacons that can instantly alert authorities if a disaster occurs.

However, Roger LeBlanc, a member of the Maritime Fishermen’s Union and lobster fisherman based out of nearby Meteghan, N.S., said winds overnight were fierce.

“The seas are high today, the currents are running high, it’s the highest tides of the year, really and there’s a lot of currents,” he said. “Anything can happen.”

Angela Burnie, a member of the Hillsburn United Baptist Church located just northwest of Delaps Cove, said the church had set up a warming centre for first responders offering tea, coffee and sandwiches.

The church got notice of the rescue efforts at about 10:30 a.m. and members quickly mobilized.

Burnie said the church community was grateful to be able to help out as the rescue team deals with “bitter, bitter cold” during their search.

“Words can’t explain how we feel here on the shore, because it’s right in our backyard,” she said.

“There’s been, certainly, boats that have gone down and lives have been lost, but nothing this close to our little community,” said Burnie. “We just have to hope and pray that everything goes well.”

By Michael Tutton with files from Keith Doucette and Danielle Edwards.