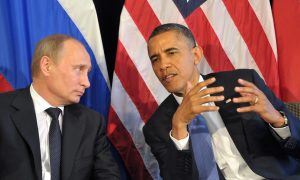 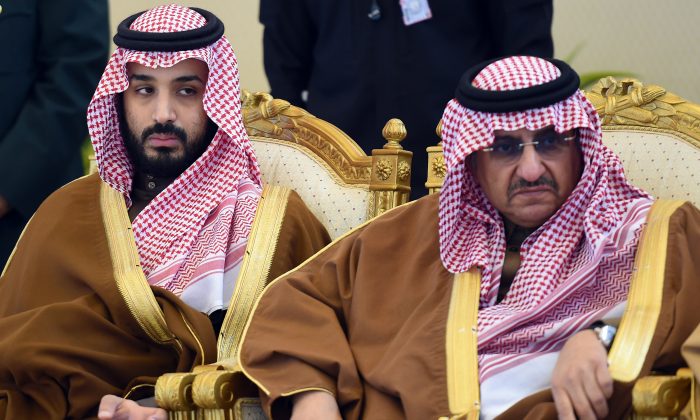 Deputy Crown Prince of Saudi Arabia and Defense Minister Mohammed bin Salman’s announcement of a new Saudi-led counterterrorism coalition surprised allies like the United States, adversaries such as Iran, and other interested parties including Russia.

Prince Mohammed said the Saudis had formed a 34-nation “Islamic military coalition” to fight the Islamic State (ISIS) and other terrorist groups. A headquarters in Riyadh will provide military, intelligence, logistics, and other support to members as needed.

The Saudi-led counterterrorism coalition was hardly the unveiling of a grand military initiative. Instead, it was a political message.

This was so surprising that countries in the new coalition said they were unaware they were founding members. Pakistan’s Foreign Secretary Aizaz Chaudhry said he had learned of the initiative only when he read the prince’s statement, and that he had asked Pakistan’s ambassador in Riyadh to get a clarification from Saudi officials.

The Indonesian Foreign Ministry was only slightly more diplomatic, saying that “the government is still observing and waiting to see the modalities of the military coalition.” Malaysian Defense Minister Hishammuddin Hussein, while supporting the coalition, ruled out “any military commitment.”

So this was hardly the unveiling of a grand military initiative. Instead, it was a political message—not just to Russia and Iran, but to Riyadh’s nominal allies in Washington.

From Syria to Yemen

For starters, we must recognize that Riyadh’s announcement is more of a PR exercise, rather than a revelation of any military cooperation, amid the twin challenges of escalating Saudi involvement in Syria and Yemen.

Since 2012, Saudi Arabia has backed Syrian opposition and rebel groups in their attempt to overthrow the Assad regime, providing arms and money as well as political support.

However, that effort has always been constrained by the United States and its indecision over intervention. The Saudis were especially angered by President Barack Obama’s sudden U-turn after the Assad regime’s chemical attacks near Damascus in August, as the president—with forces from Paris to Riyadh ready to respond—stepped away from what the Saudis had thought was the agreed plan for intervention.

The ailing King Abdullah was too cautious to break from Washington, but his death in January brought in a more assertive court with King Salman, the Crown Prince and Interior Minister Mohammed bin Nayef, and the 30-year-old deputy crown prince, who is also the king’s son.

Saudi Arabia not only renewed aid to the rebels but mended fences with Qatar—which since 2012 had been vying with Riyadh over which factions to assist—to ensure a more effective effort. The decision had immediate significance, with rebels capturing much of northwestern Syria and parts of the south.

Meanwhile, Riyadh doubled its bet with the decision for military intervention in Yemen. Worried about the takeover of the capital Sana’a by the Ansar Allah (Houthi) movement and the group’s advance south toward the port city of Aden, where president Abd Rabbuh Mansur Hadi had fled, the Saudis announced a coalition and began bombing.

The aerial operations checked Ansar Allah’s expansion, but at a heavy cost. Counterattacks have killed scores of troops from Saudi Arabia, its coalition partners, and mercenary units. Riyadh has been widely criticized for the destruction and deaths of civilians from its bombs. And with Hadi proving an ineffectual leader with no visible alternative, the likelihood of a political resolution is slim.

A further complication came in Syria with the start of Russia’s own bombing campaign on Sept. 30. The Saudis had blocked a Russian-Iranian initiative for international talks to confirm President Assad in power, at least for the short term in a “transition,” but now Moscow was using its military operations to convene a conference. Pressed by the United States, Riyadh reluctantly agreed to attend and to accept Iran’s participation.

The Contest With Iran

Given Saudi Arabia’s longtime rivalry with Iran for influence in the Middle East and the Islamic world, this latest announcement will simply be slotted into the storyline of their geopolitical competition.

Iran has spent years making grand declarations of its own. In 2011, the Supreme Leader tried to seize leadership of the “Arab Spring” across the Middle East and North Africa by renaming it the “Islamic Awakening.” That effort soon ran into trouble, as Egypt’s new leadership refused to follow Tehran, and the Islamic Republic faced economic crisis and pressure over its nuclear program.

But in 2013, the new president, Hassan Rouhani, tried to regain the initiative with a proposed program loftily titled “World Against Violence and Extremism.” At the same time, Tehran maintained some of its regional alliances, such as the ties with Lebanon’s Hezbollah, and tried to deal with strain on others, such as relations with Palestine’s Hamas.

At the nexus of the rhetoric and the confrontation is Syria. While Saudi Arabia has chosen the opposition and rebels, Iran has poured in billions of dollars in economic aid, hundreds of commanders and troops, and Iranian-led foreign militias to prop up Assad.

Russia’s intervention in the autumn transformed this into an “anti-Islamic State coalition”—even as Moscow was devoting most of its bombs to rebel positions, opposition-held territory, infrastructure, and civilian sites.

Still, it’s far too easy to reduce Saudi Arabia’s own “coalition” to the latest ploy in a Saudi-Iranian game. It is, of course, much more. Riyadh’s step owes as much—and possibly more—to its positioning versus the United States, Russia, and other Arab powers.

Saudi Arabia is frustrated by Washington’s hesitancy over Syria and wary of the political aftermath of the July 14 nuclear deal between Iran and the 5+1 powers, including the United States. From its point of view, President Obama and Secretary of State John Kerry are moving ever closer to Russia in pursuit of a “settlement” in Syria—one which will be pursued as Moscow drops even more bombs on the opposition and rebels and which could accept Assad’s rule for a lengthy period.

Riyadh has tried to counter the moves with a conference to forge a Syrian opposition rebel bloc, gaining leverage in any negotiations with the Assad regime, and now it’s added this rather strange declaration. It may be empty of immediate military significance, but the political message is loaded: This is a coalition to offset Iran’s own alliances—and this coalition, in contrast to others in the Middle East and against the Islamic State, is not “U.S.-led.”

Prince Mohammed drove home the point on Dec. 17, after President Putin said that Russia’s plan for Syria was “in line with that of the United States”: Support for the Syrian rebels would be “unstinting” whether or not Moscow or Washington got their desired outcome from an international conference, the prince said.

For almost 50 years, Saudi Arabia has been a pillar of U.S. policy in the Middle East. But just as the uprisings of recent years have swept away regimes that ruled for decades, so they—and the reactions to them—are unsettling alliances.

A summary from one analyst in October 2013 takes on added force this week: “The Saudis are saying to the Americans: ‘You don’t want to work with us on Syria, fine. Let’s see who can flex their muscles in the region. Let’s see who can wield power. Let’s see what you’re made of.'”

Scott Lucas is a professor of international politics at the University of Birmingham in the U.K. This article was previously published on TheConversation.com.