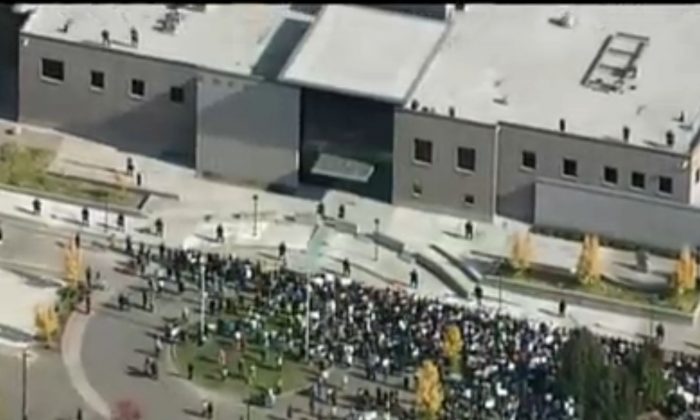 A protest rally took place in Santa Rosa in Northern California on Tuesday in solidarity with Andy Lopez, a slain 13-year-old who was shot by police while holding a replica rifle.

Lopez was shot by longtime deputy Erick Gelhaus, who thought that Lopez had an assault rifle when it was just a BB gun. Lopez was shot several times and died on the scene.

Gelhaus said he feared for his life when Lopez allegedly pointed the gun at him.

According to ABC-7, Santa Rosa community members are angry over the incident. More than 1,000 people marched at the courthouse and Santa Rosa Junior College.

NBC Bay Area reported that people showed up with signs saying, “We are all Andy Lopez, the whole damn system is guilty.”

“They always justify the killing,” Dionne Smith of Oakland told NBC. She said her son was killed by police two years ago.

Some have alleged that racial profiling was involved in the shooting.

“I don’t believe that racism is involved in this case at all and many of the people of Sonoma County know that the sheriff’s office, and me specifically, has done much in the past three years to build bridges, specifically with the Latino community,” Sonoma County Sheriff Steve Freitas told ABC.