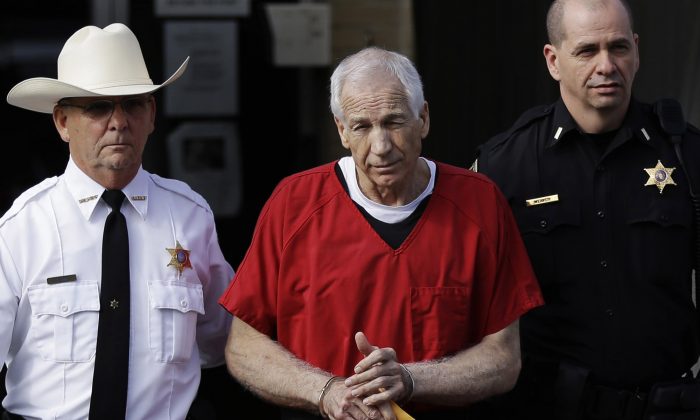 A Pennsylvania appeals court turned down Jerry Sandusky’s request for a new trial and upheld the 2012 conviction against the disgraced Penn State assistant football coach.

Sandusky, 69, was convicted on 45 counts for serially sexually abusing boys.

The 19-page ruling affirmed the counts and the 30-year minimum prison sentence, reports the Patriot News.

Sandusky’s attorney, Norris Gelman, had appealed on the grounds that the defense was not given enough time to prepare for the trial last year. He also said the judge had made mistakes in his charge to the jurors, and that a prosecutor made improper references to Sandusky not testifying on his own behalf.