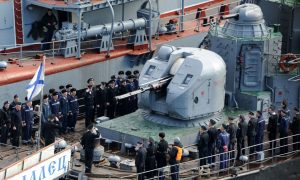 Why Putin Doesn’t Care About Sanctions
0 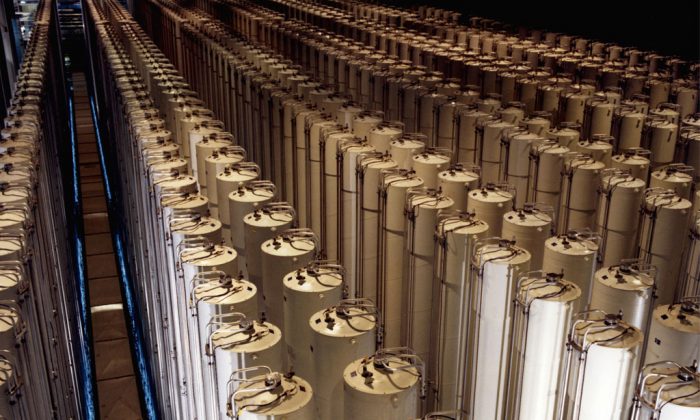 The U.S., hooked on Russian enriched uranium, is in no position to impose long-term sanctions on Russia

Now that Crimea has decided to unite with Russia and Russians have welcomed Crimea’s move with happy hearts, the Western half of the world, especially USA and European Union, are talking at length about imposing sanctions on Russia in order to bring Vladimir Putin to his senses. However, the task seems easier said than done — Uncle Sam is simply not in a position to impose long-term sanctions on Russia.

Economic and political ties between the United States and Russia are surely not exemplary. Yet, one key American industry relies heavily on a particular import from Russia: fuel for nuclear power plants.

American dependency on Russia for its nuclear fuel is not a new concept. It dates back to the early 1990s, when the HEU-LEU scheme was launched after the demise of the Soviet Union. Under this scheme, Highly Enriched Uranium (HEU) from Russian nuclear warheads is processed into Low Enriched Uranium (LEU) for use as fuel for USA’s nuclear power plants.

While there are plans of reducing the need for nuclear energy, United States still receives 100 GW of its power from nuclear sources (compare this with Russia’s nuclear energy production of 230 GW). As a result, in 2014 itself, 48 million pounds of Uranium will be needed to satiate American nuclear power plants. Going by the data released by the US Energy Information Administration (EIA), the total Uranium Oxide produced within the United States is roughly 4.8 million pounds — yes, barely 10% of the total demand.

Quite obviously, this is not a new trend. Back in 2012 as well, USA had to purchase over 80% of its nuclear fuel from foreign sources.

Acquisition of Uranium (ore and/or concentrate) is just one side of the story. The bigger task is the conversion of the acquired Uranium into usable nuclear fuel — a process popularly known as ‘enrichment’.

As of now, nuclear enrichment is the responsibility of private firms in the USA. However, among all such private firms, the American ones constitute no more than 20%. Foreign enrichment facilities constitute the rest: European firms and work units undertake approximately 35% of the total enrichment task, and the remainder lies in the hands of Russian enterprises.

In simple words, there are not many “home” enrichment facilities in the USA, and nuclear enrichment is accomplished primarily with the help of foreign facilities such as those from Europe and Russia.

Therefore, even though the HEU-LEU scheme ended recently, USA is keen on extending its lifespan by means of renewal. The real details of the renewed HEU-LEU scheme remain to be seen. But by all means, it is highly doubtful that American dependency on Russian help will come to an end, especially because the capacity of America’s own enrichment facilities is limited, as per the data from World Nuclear Association. With Uranium supplier USEC planning to file for bankruptcy, the role of foreign facilities in general and Russian facilities in particular will rise manifolds.

If sanctions are imposed on Russia, USA might choose to make up for the missing nuclear imports and enrichment services from Russia by increasing the amount it imports from rest of the world; but even that will help only in parts.

In a nutshell, when it comes to nuclear energy, America will have a hard time finding an alternative to Russian help. Thus, while European Union can indeed deliver on its promise of imposing sanctions against Russia, United States of America cannot do so, simply because if mutual sanctions were to come into effect, the primary loser will be America’s own nuclear industry.

Sufyan bin Uzayr is the author of “Sufism: A Brief History.” He writes for several print and online publications, and regularly blogs about issues of contemporary relevance at Political Periscope. Originally published in Foreign Policy in Focus under a Creative Commons Attribution 3.0 License.