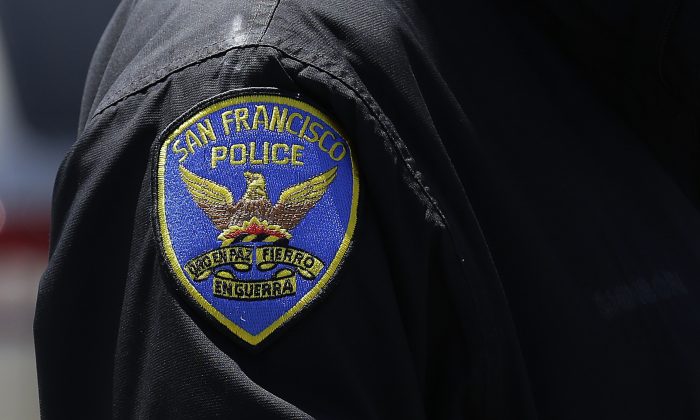 In this May 12, 2015 photo, a San Francisco Police officer stands on a street in San Francisco. (Jeff Chiu/AP Photo)
Southern California

The City of San Franciso, in collaboration with the police department, aims to tackle the rise in retail crimes through a new initiative in partnership with local retailers.

“They hurt working families due to reduced work hours, shuttered stores, and lost jobs. They hurt customers and seniors who are losing convenient access to prescription medications and vaccinations because of pharmacy closures. They hurt neighborhoods suffering from fewer local retailers and more empty storefronts.

“The strategy we’re outlining today is an all-hands-on-deck approach that brings the full partnership of state and local law enforcement and retailers to bear to aggressively pursue, investigate and deter organized retail crime in San Francisco.”

The plan has three major potions that include expanding and reallocating investigative resources, strategically restructuring fund deployments, and partnerships in reporting, investigating, and solving crime cases.

According to data provided by the San Francisco Police Department, since the start of 2021, there have been nearly 20,000 larceny-theft cases and over 1,600 robbery cases. In 2020, larceny-theft reached over 25,500 cases while robberies hit slightly over 2,400.

The initiative seeks to expand the police department’s retail crime unit from two investigators to five. Officials expect to see a decrease in larceny and commercial theft as resources are made more accessible for retailers to report crimes.

“This collaborative approach reflects the full promise of community policing—not solely to support our City’s economic recovery, but to better protect public safety that is too often endangered by retail theft crews and the sophisticated criminal enterprises funding them,” San Francisco Police Chief Bill Scott said in a statement.