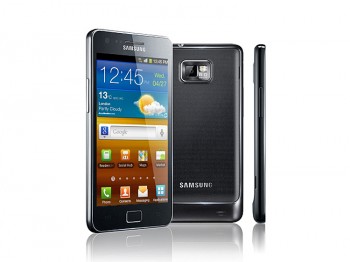 The new Samsung's Galaxy S II smart phone is due expected to come out at the end of August. (Courtesy of Samsung.com)
News

By Caroline Dobson
Print
Samsung’s Galaxy S II smart phone is due to be launched in the U.S. market by the end of August.

Labeled another “iPhone killer” by technology pundits, the new Android smart phone from Samsung is making waves and headlines in places where it has already been released, such as Hong Kong, Europe, and Australia.

Charles Park, a Hong Kong-based analyst for Mizhuho Securities Asia, forecasted that the South Korea-based hardware maker aims to sell 19.2 million handsets in the second quarter, and around 60 million smart phones in 2011.

Despite Samsung being the world’s largest maker of televisions, it announced a 26 percent drop in second-quarter profits due to a drop in sales of flat screens, but its bottom line was helped by skyrocketing demand for its smart phones and tablet computers.

Samsung’s global smart phone sales climbed 43 percent to 10.8 million units in the first quarter of 2011, and in the next quarter it sold 17.3 million units as the popularity of the Android operating system continues to grow.

Subsequently, Samsung made the biggest sales jump, leaping from fourth to the second highest seller of smart phones in the second quarter, according to research firm IDC Corp. in a report.

Samsung is also currently facing litigation from Apple Inc., maker of the popular iPhone and iPad devices. The focus of the lawsuit is the Samsung Galaxy Tab, a tablet computer running Android. Apple is claiming that it breached 10 Apple patents including the “look and feel” and the touch-screen technology of the iPad. Similar lawsuits have occurred in South Korea, Japan, Germany, Australia, and the United States.

As a result, there are currently preliminary injunctions halting the sale of the Samsung Galaxy Tab 10.1 in Australia and the entire European Union with the exception of the Netherlands.