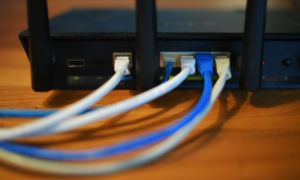 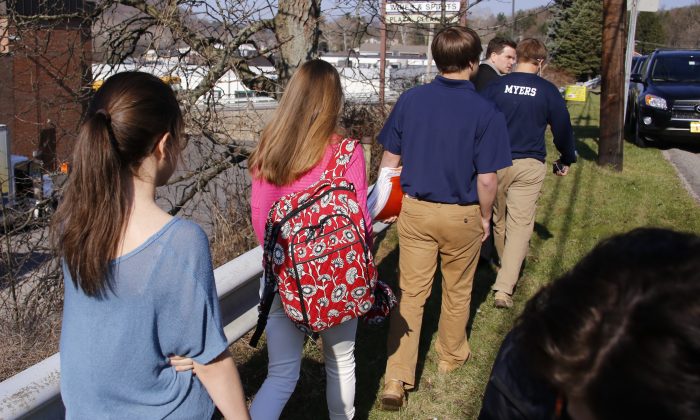 Students leave the campus of the Franklin Regional School District where several people were stabbed at Franklin Regional High School on Wednesday, April 9, 2014, in Murrysville, Pa., near Pittsburgh. The suspect, a male student, was taken into custody and being questioned. (AP Photo/Gene Puskar)
Crime and Incidents

Sam King, assistant principal at Franklin Regional High School, helped stop the mass stabbing on Wednesday by wrestling the student to the ground.

A number of students have come forward and said that King helped stop the stabbing, which left 20 wounded. WTAE also reported so.

“So proud of Mr.king Franklin was truly a special place with amazing students and staff,” said one student.

“Mr. King was always my hero since 7 years old,” said another.

King may even be a neighbor of the suspect, according to one student.

Murrysville police Chief Thomas Seefeld said the bloody crime scene at Franklin Regional High School, some 15 miles east of Pittsburgh, was “vast” and may take a couple days to process.

Police haven’t named the suspect, who was taken into custody and driven from the police station in the back of a cruiser for treatment for a minor hand wound.

Investigators haven’t determined a motive, but Seefeld said they’re looking into reports of a threatening phone call between the suspect and another student the night before. Seefeld didn’t specify whether the suspect reportedly received or made the call.

Two student victims were in critical condition, according to Dr. Mark Rubino of Forbes Regional Medical Center, the closest hospital to the school where eight victims were taken.

Five patients had been discharged, including three 15-year-old boys, a 16-year-old girl and an adult.

Seefeld wouldn’t detail the carnage beyond saying, “The juvenile went down the hallway and was flashing two knives around and injured the people.”