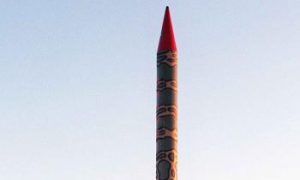 “Salty cat” might be the new name for a feline that washed up (alive) on the shores of Governors Island in New York City over the weekend.

The caretakers of the island said that “we have received many calls and emails about the cat” and realized that it doesn’t have a name yet. The cat is female.

“The cat is doing great and is making herself at home around the office and the Island,” said a blog posting from the island.

According to the New York Daily News, the cat was found by security personnel on the island’s north shore.

"The assumption is that she came over by water," Elizabeth Rapuano, Governor Island’s director of communications, told the Daily News. "She was wet. Her fur was salty."

Workers believe that she might have been residing in New Jersey and was washed into New York Harbor by rain after storms drenched the Tri-State.

"She's a great addition to Governors Island," Rapuano added, according to the newspaper. "It's certainly a surprise to have her, but a welcome one."

As for the name, one user on the blog suggested "Salty."