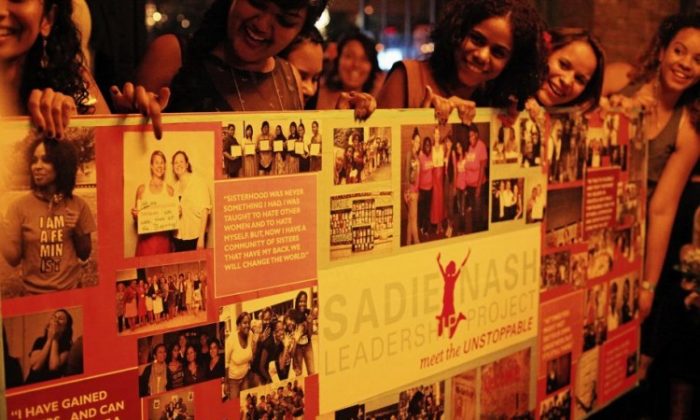 Cecilia Clarke, right, poses with her daughter Allegra Ouroussoff during the garden party at the Bowery Hotel on Monday night. This marked the fourth year of the outdoor garden party, with each year providing a rain free evening. Clarke remarked this year was the best weather yet, with temperatures hovering near 70 under a picture perfect sunset. (Breukellen Riesgo)
US

NEW YORK—Sadie Nash Leadership Project celebrated its 10th anniversary on Monday night with a sold out garden party at the Bowery Hotel. The event marked 10 years of empowering women by developing leaders and community activists, showing the next generation they can be agents of change now—not later.

Founder Cecilia Clarke handed out the Petticoat Award to Beth Nash who gave Clarke the initial donation to start the foundation.

Sadie Nash Leadership Project started with 16 girls in one class 2002 and in 10 years has blossomed to reach 300 young women annually aged 14-22 in all 5 boroughs of New York City and in Newark, New Jersey.