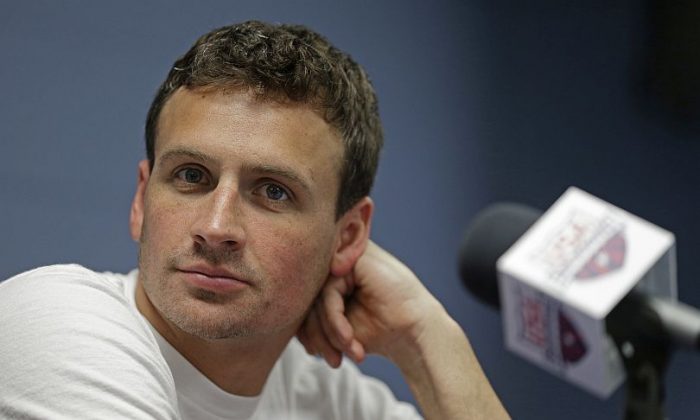 Ryan Lochte has jumped in the pool to announce that he and fiancée Kayla Rae Reid are expecting a baby.

The Olympic swimmer and the former Playboy model shared pictures on Instagram of Lochte under water and kissing Reid’s tiny baby bump. Lochte says his “Christmas gift came early this year.” Reid says , “Just when you think you think you have it all figured out, life always surprises you with blessings when least expect it.” She added #weareprego to the post.

Ryan Lochte’s fiance #Kayla #Rae #Reid is pregnant with their first child together, the couple… https://t.co/zLXGDW1tuj

It has been a notable year for Lochte. He was caught in a fib about a drunken encounter during the Rio Olympics in August. He was later harassed by protesters on stage while competing on ABC’s “Dancing with the Stars.” Lochte and Reid announced their engagement in October.