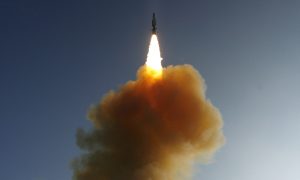 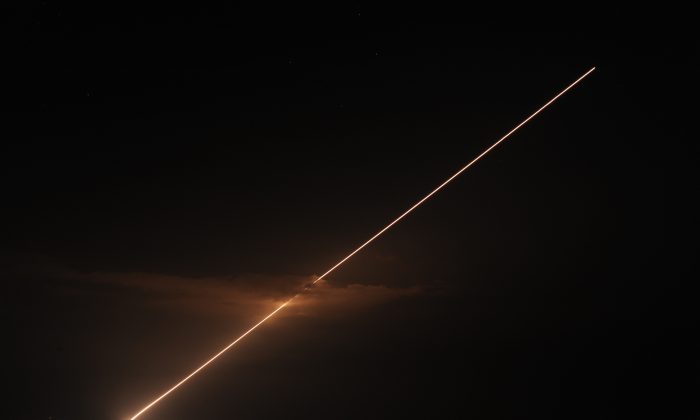 A U.S. official says that the United States could not stop the hundreds of nuclear warheads that Russia possesses if they were fired around the same time.

Rose Gottemoeller, Under Secretary for Arms Control and International Security, made the comments recently in Bucharest, Romania at the Missile Defense Agency.

She said that missile defenses provide reassurance that helps reduce countries’ vulnerability and can also buy time for other courses of action if confronted with an attack, but that ultimately Russia has many more warheads deployed than the U.S. has interceptors.

Gottemoeller said, according to a transcript made public by the U.S. State Department, that the United States only has 30 ground-based interceptors deployed in Russia while the Russians have 1,643 warheads as of October 1.

“So, hypothetically if all 30 of those GBIs[Ground-Based Interceptors] performed perfectly and took out 30 Russian warheads, 1,613 Russian warheads would still get past our defenses,” she said.

“We will deploy an additional 14 interceptors in Alaska and should we ever deploy an additional east coast site with 20 additional interceptors, Russia would still have 1,579 warheads that could get through our defenses. And while I am optimistic we will negotiate a future nuclear reduction Treaty after New START, even then, our limited numbers of defensive systems cannot even come close to upsetting the strategic balance.”

Gottemoeller also said that Russia’s move to deploy 68 of its own interceptors hasn’t caused concern among the United States military.

On the other hand, while the U.S. has few interceptors deployed now, it’s planning on expanding that number quickly.

The U.S. is seeking to install sea-based Aegis system in Romania by 2015 with the help of its NATO partners, and plans to install a similar system of radars, interceptors, and other tools in Poland by 2018, and at a later date in other countries such as Turkey and Spain.

Michaela Dodge, a missile defense analyst at The Heritage Foundation, says that the Obama Administration has requested 471 SM-3 interceptors through Fiscal Year 2018–but argues that it might actually need more, saying “This quantity might be inadequate to address a growing ballistic missile threat.”

“While the current U.S. missile defense system is not designed to address the Chinese or the Russian ballistic missile threat, the U.S. should re-evaluate its approach because of Russia’s increasing belligerence, nuclear threats to NATO allies, extensive nuclear and ballistic missile modernization program, and demonstrated willingness to alter the security environment in Europe by invading Ukraine earlier this year.”

Dodge says that the reduction of the aforementioned budget request from $7.7 billion to $7.5 billion is not a good choice and notes how a long-range ballistic missile launched from anywhere in the world could reach the U.S. territory in as little as 33 minutes.