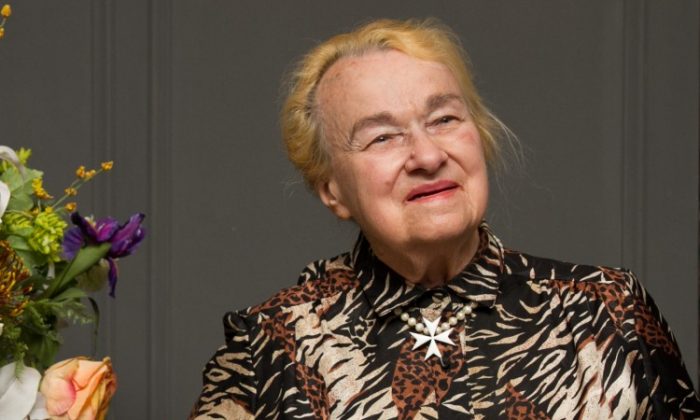 Russian Countess Marvels at the Beauty of Shen Yun Dancers

NEW YORK—Countess Nicholas Bobrinskoy was among the audience at Lincoln Center’s David H. Koch Theater on Friday evening, enjoying Shen Yun Performing Arts revival of one of the most ancient cultures in the world.

“The beauty of the Shen Yun dancers and their technique is unbelievable,” said the Countess. “I watch with a very critical eye because I studied ballet so I know what it entails and what I see is … I just can’t believe it.”

At the heart of Shen Yun’s performance, which shows the 5,000-year-old divinely inspired Chinese culture is classical Chinese dance, a system that has a long history and has become one of the most comprehensive in the world, according to the company’s website.

“Classical Chinese dance is rich with expressive power,” states Shen Yun’s website. “Through expression of bearing and form, beautiful dance movements bring out the inner meaning of intrinsic thoughts and feelings, reflecting the peculiarities of human nature, the standard for human conduct, moral concepts, mental state, one’s value system, and so on.”

Countess Bobrinskoy, whose late husband was the great, great, great grandson of Empress Catherine the Great of Russia, reminisces.

“I have never lived in Russia because I wouldn’t have lived. It’s exactly the same thing as is in today’s China,” said the Countess. “And this is my second time at Shen Yun and I’m beginning to understand it, because the first time you’re just flabbergasted by the beauty of the dance.”

The ancient Chinese culture, and “its values of benevolence, honor, propriety, wisdom, and sincerity, as well as a reverence for the gods and the heavens,” was nearly decimated by more than 60 years of communist rule in China, especially since the Cultural Revolution 60-odd years ago, according to Shen Yun’s website.

So, in 2006, a group of Chinese artists from around the world established Shen Yun grown now to three performing companies each traveling with full orchestral ensembles. Many are winners of international and national dance and vocal competitions, and musicians.

“You see the battle of the evil and the good,” said Countess Bobrinskoy. “And I know the good will eventually win. So I hope you win. I hope you win. And I wish you all of the world. Thank you.”