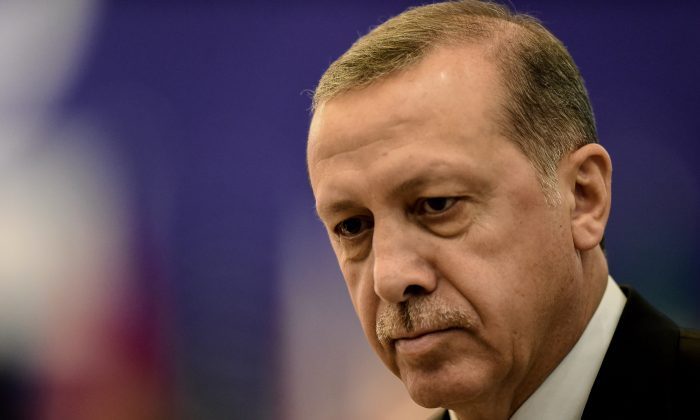 The downing of Russia’s plane by Turkish military forces in the skies over the Syrian-Turkish border has added yet another layer of complexity to the vortex of conflict in the Middle East.

Most of the prior concern had focused on the prospect of the United States clashing with Russia over the skies of Syria. But an October agreement between the two countries had seemed to address that worry. That reassuring move took everyone’s focus away from a possible Turkish–Russian clash.

But with 20-20 hindsight, a clash was almost inevitable. Here’s why.

Russia and Turkey are headed by two of the brashest , most abrasive, and swashbuckling leaders in the modern world.

Recep Tayyip Erdogan and Vladimir Putin have both spent most of the last decade working hard to secure their dominance at home. Both have had to deal with major internal security problems—from the separatist Kurdistan Workers’ Party (or PKK) in Turkey and from Islamist insurgents in Russia’s Northern Caucasus, a movement fueled by a Sunni Wahhabist ideology exported from Saudi Arabia.

Both Erdogan and Putin have responded to these persistent problems with the use of force at home coupled with assertive policies abroad.

Russia and Turkey are headed by two of the brashest, most abrasive, and swashbuckling leaders in the modern world.

In each case, loud pronouncement of his respective country’s importance in the world is intended as a nationalist call to obscure economic problems and worsening human rights records.

In pursuing these comparable agendas, both presidents count on reliable, largely unquestioning deputies: Dmitry Medvedev serves as Putin’s prime minister and Ahmet Davutoglu as Erdogan’s. This allows each president to characterize himself as a figurehead above the fray of everyday politics.

In effect, they portray themselves as statesmen and leaders keen on establishing a regional sphere of influence.

For Putin, this extends not only to the boundaries of the old Soviet Union—most obviously in Ukraine—but beyond to include old Soviet allies in the Middle East.

For Erdogan, the historical ties spread from the Balkans to the Levant—an area extending all the way to Jordan.

These two sets of ambitions notably overlap in Syria.

This potential clash of individual egos and ambitions is augmented by a persistent clash of cultures and identities that has spanned hundreds of years.

Turkey’s Ottoman Empire ruled over Eastern Orthodox Slavs in the Balkans from the 15th century until its final dissolution less than a century ago. Turks still see themselves as the guardians of Muslims, reflected in their admirable willingness to host over one and a half million refugees fleeing the Syrian War.

The Russians historically considered themselves the protectors of the Balkans’ Orthodox Christians and often fought wars with the Ottomans, notably in the Turkish–Russo War of 1877–1878.

The two countries went on to fight on opposite sides in World War I. And in World War II, Turkey signed a nonaggression pact with Nazi Germany and maintained it until the closing months of the war.

To Americans, this may all seem like ancient history. After all, the U.S.–Mexican war ended in 1848, and today relations between the United States and Mexico are complex, but not hostile. Trade and tourism boom as millions live in each other’s country.

Contact and trade between Russia and Turkey is far more limited, despite Turkey being a tourist destination for many Russians.

In both areas of the world—the Middle East and Eastern Europe—where the ethnic composition of populations has remained relatively stable, and the religious practices have, if anything, strengthened in the last decade, old enmities are easily resurrected.

It is what the University of Delaware’s Stuart Kaufmann, in describing the Balkan War of the early 20th century, called “Modern Hatreds” in his book by the same title.

With this in mind, it is easy to see how the reputed Russian bombing of ethnic Turkmen villages on the Syrian-Turkish border—the events that precipitated the downing of the Russian plane—can be portrayed as consistent with that historic hostility.

And when you add the historical dimension to two populist leaders vying to consolidate their support at home, the situation can easily become incendiary—and escalate.

In his most famous work, “Leviathan,” Thomas Hobbes famously describes the state of nature as “a war of all against all.” There is, he said, “no place for industry, because the fruit thereof is uncertain; and consequently no culture of the earth; no navigation, nor use of the commodities that may be imported by Sea; no commodious Building; no Instruments of moving and removing such things as require much force; no Knowledge of the face of the Earth; no account of Time; no Arts; no Letters; and which is worst of all, continuall feare, and danger of violent death; and the life of man, solitary, poore, nasty, brutish, and short.”

Just when we mistakenly conclude that things can’t get worse in Syria, we discover that they can. An already complicated theater of war threatens to take on a novel dimension as states begin to directly fight each other, rather than what it has been to date: an assortment of states fighting against an assortment of moderate and extremist militias.

Predictably, Putin has come out of his corner swinging.

He has described Turkey’s action as “a planned provocation” and has vowed to send air defense missiles to Syria, clearly implying that Turkish planes will be the targets while, obviously, risking that coalition aircraft, most likely American ones, will become the victims. Earlier he paved the way for sending 150,000 troops to Syria, purportedly to fight ISIS, but more likely to buttress the Syrian government’s forces.

Erdogan, for his part, has been quick to call on NATO forces to defend his country under Article 5 of the agreement that states that an attack on one member is an attack on all members. Having poked the Russian bear, he is now asking for the bear to be threatened with being gang tackled as a deterrent measure.

This risks the United States being dragged into a military confrontation with Russia, a prospect that America’s always-cautious president, Barack Obama, has carefully avoided in Ukraine.

What’s more, Obama is ill-placed to mediate between the two sides. He has not enjoyed good relations with either the Russian or the Turkish presidents. And he cannot legitimately portray himself as an honest broker, given U.S. ties to Turkey through NATO.

It will take all his diplomatic skills, and those of Secretary of State John Kerry, to sufficiently sooth the egos of both sides to avoid a plunge into an even greater quagmire.

Meanwhile, as our attention focuses on this new dimension, the old problems persist.

ISIS is still killing people in Syria and now in Europe. Refugees keep fleeing and dying at sea and in camps. And we appear no nearer a diplomatic solution.

America has to stick to its priorities and offer both sticks and carrots to all sides as it builds toward them. If President Obama thought negotiating an arms agreement with the Iranians was hard, he “ain’t seen nothing yet.”

Simon Reich is a professor in The Division of Global Affairs and The Department of Political Science at Rutgers University Newark. This article was previously published on TheConversation.com.