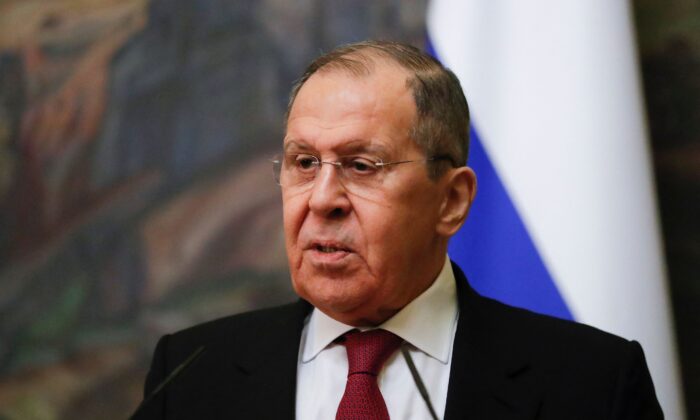 Russian Foreign Minister Sergei Lavrov on Wednesday said that the next round of talks aimed at salvaging Iran’s tattered 2015 nuclear deal may resume before the end of this year.

The seventh round of talks, which are being held in Vienna, had ended last week at Iran’s request. Those involved said some progress was made, but negotiators haven’t come close to an agreement yet.

Mikhail Ulyanov, Russia’s permanent representative to the Vienna-based international organizations, told news agency TASS after the results of the seventh round of talks that the issue of the date for the resumption is still open.

“As far as I understand, there are two options: either to resume the work on Dec. 27, at least the expert level within the framework of the eighth round, or on Jan. 3, when everyone is ready for that,” Ulyanov told the Russian state-owned network.

In a statement on Twitter, Ulyanov noted that the seventh round of talks, which ended on Dec. 17, was “successful in a sense that it prepared sound basis for more intensive negotiations.”

European and U.S. diplomats involved in the talks have expressed frustration last week that the pause is “disappointing” and that negotiators in Vienna are “rapidly reaching the end of the road.”

Negotiators from the three Western European powers said they “respect” Iranian negotiator Ali Bagheri Kani’s decision to return to Tehran “though it brings a disappointing pause in negotiations.”

After twice expressing frustration during the recent talks, they said that “there has been some technical progress in the last 24 hours, but this only takes us back nearer to where the talks stood in June.”

Enrique Mora, the European Union diplomat who chaired the talks, said that the eighth round will require “a lot of work,” adding that “difficult political decisions have to be taken.”

The United States has been participating indirectly in the talk because Iran refuses direct contact.

The 2015 Iran nuclear deal, also called the JCPOA, requires Iran to restrict its nuclear program in return for the lifting of economic sanctions from the United States, the EU, and the United Nations.

President Donald Trump in May 2018 withdrew the United States from the nuclear pact and reimposed sanctions on Tehran, in an effort to force the country’s ruling Islamic regime to change a plethora of activities that the Trump administration said were unacceptable.

President Joe Biden has signaled that he wants to rejoin the deal. The Biden administration has kept in place all Iranian sanctions it inherited from the Trump administration.

A year after the United States left the 2015 deal that also included France, Britain, Germany, Russia, and China, Iran began violating nuclear restrictions outlined in the deal, moving the country closer to developing the capacity to acquire a nuclear weapon, raising concerns about what the country is doing out of view.