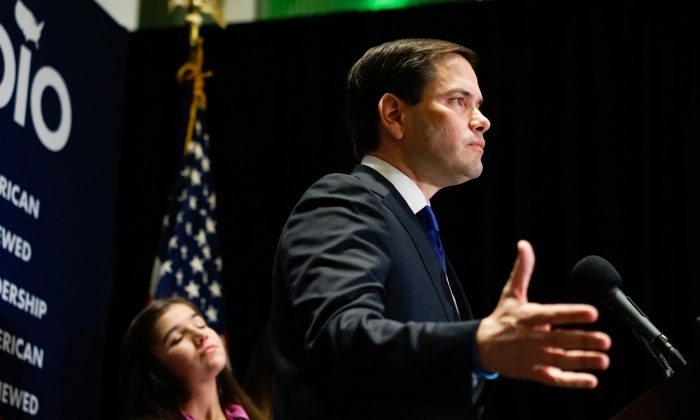 Florida Senator Marco Rubio suspended his presidential campaign on March 15, but he wants to keep the 171 delegates he won during the primary season in an effort to keep Donald Trump from obtaining the Republican nomination.

Normally, when a campaign is suspended the delegates allotted to that candidate are “unbound” and free to choose who they vote for in the convention in July.

Rubio however, has been reaching out to all 21 states where he was allotted delegates to ask that they not be unbound.

Here is the letter Rubio sent state parties saying he wants to keep his delegates pic.twitter.com/IQjqRr6v3q

In response to the above letter, Chairman of the Alaska Republican Party Peter Goldberg granted Rubio’s request. “They said some are trying to figure it out,” Goldberg said after consulting party officials in Washington. “Most states are leaning towards giving [Rubio] his delegates.”

The silver lining, according to Goldberg, is that Rubio didn’t technically drop out and only “suspended” his campaign. Campaign suspension is usually equated with the ending of a campaign, but allows for the maintenance of money and paperwork.

Rubio’s 171 delegates could affect the July Republican convention in Cleveland by blocking Trump from getting the required 1,237 delegates to reach a majority and secure the nomination.