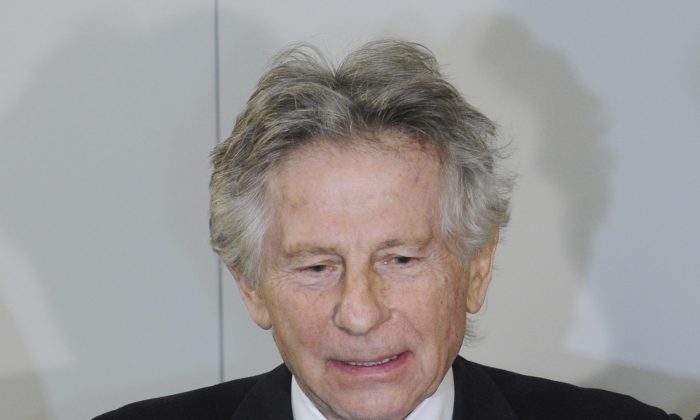 Roman Polanski speaks to the press after a hearing concerning a U.S. request for his extradition over 1977 charges of sex with a minor, at the regional court in his childhood city of Krakow, Poland, on Feb. 25, 2015. A court in Poland was expected to rule Friday, Oct. 30, 2015, on whether Polish law allows filmmaker Roman Polanski to be extradited to the U.S., where he pleaded guilty nearly four decades ago to having sex with a minor. (AP Photo/Alik Keplicz)
Entertainment

LOS ANGELES—A lawyer for the woman who was sexually assaulted by Roman Polanski praised a Polish judge’s refusal Friday to send the director to Los Angeles, while the city’s top prosecutor said she would not drop the case against the Oscar winner.

Lawyer Lawrence Silver, who represents victim Samantha Geimer, reiterated her desire that the case against Polanski be dropped.

However, the call was rejected by District Attorney Jackie Lacey, who said it was unfair that the director had never been sentenced.

Polanski pleaded guilty to unlawful sexual intercourse with Geimer and fled from the United States in 1978 on the eve of sentencing.

“It just isn’t fair to allow someone with resources to escape justice for so long,” Lacey said.

She said it was up to U.S. State Department officials to decide whether to appeal Friday’s ruling in Krakow, but she vowed to keep pursuing Polanski as long as she’s district attorney “because justice has never been served.”

Judge Dariusz Mazur said in his ruling that he found “no rational answer to the question: What is the real point of the U.S. extradition request?”

Mazur said he believed Polanski had fulfilled his sentence by spending time in a California prison and in home confinement in 2009 and 2010 during a failed attempt to extradite him from Switzerland.

Geimer’s attorney praised the ruling on Friday and said it was time for the case to end.

“I sent a letter of congratulations to Mr. Polanski’s lawyers in Poland for being able to demonstrate to the judicial system of Poland that this case, which is 38 years old, should be ended,” Silver said.

The Associated Press does not typically name sex abuse victims, but Geimer has publicly identified herself in court filings, interviews and a memoir.

Lawyers for Polanski have said the director fled to France after a now-deceased Los Angeles judge reneged on a promise that Polanski’s 42 days undergoing a diagnostic study in a California prison would serve as his sentence.

“Given the improprieties of the district attorney’s office and the judge, this case will be dismissed if it is ever re-opened,” Silver said.

Polanski’s movements are restricted by an Interpol warrant that is in effect in 188 countries. He has avoided extradition by remaining in France, Poland and Switzerland.