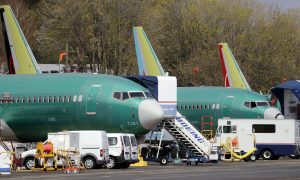 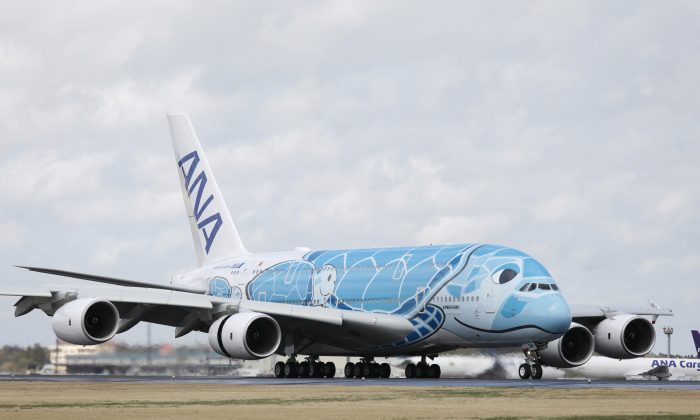 Rolls-Royce Holdings Plc. could re-enter the competition to power a medium-sized jetliner under development at Boeing Co. if the U.S. planemaker pushes the project back to help cope with the 737 Max crisis.

Rolls, which exited the New Midsize Aircraft program earlier this year saying a new engine won’t be ready for the plane to enter service in 2025, may return to the contest if the timetable slips, Chief Executive Officer Warren East said May 2 at the company’s annual shareholder meeting in Bristol, England.

“We said to Boeing, we can’t produce something that we are confident will be sufficiently mature,” East said. “If Boeing change their timescales then obviously we can reassess. We think technically we have a good solution.”

Rolls had initially regarded the NMA, also dubbed the 797, as a potential launch platform for the new Ultrafan engine that will form the basis of its turbine offerings for the foreseeable future. That was before East said in February that it would be wiser to withdraw than “screw up the launch” of the plane and create service issues for customers.

Boeing put back a decision to select an engine for the NMA even before the fatal crash of an Ethiopian Airways Max on March 10. The subsequent worldwide grounding of the 737 has led some analysts to suggest that the company may need to suspend work on the new plane to focus its full attention to getting the narrow-body workhorse flying again.

Whatever the decision on the NMA, East said Rolls intends to bid to power the next generation of single-aisle planes expected to succeed both the Max and Airbus SE’s A320neo jets from 2030. That would represent a milestone for the company after it quit the narrow-body market in 2011 to focus solely on bigger planes, leaving the sector to General Electric Co. and Pratt & Whitney.

The cautious approach on the mid-size Boeing has been motivated by a desire to avoid any glitches with the Ultrafan that could color the view of airlines and planemakers on the engine. That’s especially so given the issues Rolls has had with its Trent 1000 turbines that power the American firm’s 787 Dreamliner.

The NMA aside, the first available application for the Ultrafan could be a re-engined version of the Airbus A350 that the European company is studying for introduction toward the end of the 2020s.

East said that the company had caught up delays on Airbus’s newest widebody, the A330neo, after falling behind last year, adding that the low number of deliveries of that aircraft in the first quarter was unrelated to engines.

The company has also managed to “draw a box” around the Trent 1000 issues that have affected some 787 operators, which has helped it secure new orders this year after a sales “drought” in 2018. Rolls has finalized claims with “effectively all” operators of the engine, with more than half of the 1.5 billion pounds ($1.95 billion) in costs associated with fixing the program earmarked for compensation payments.