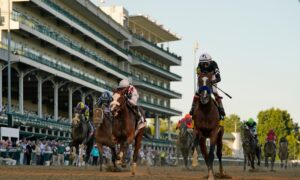 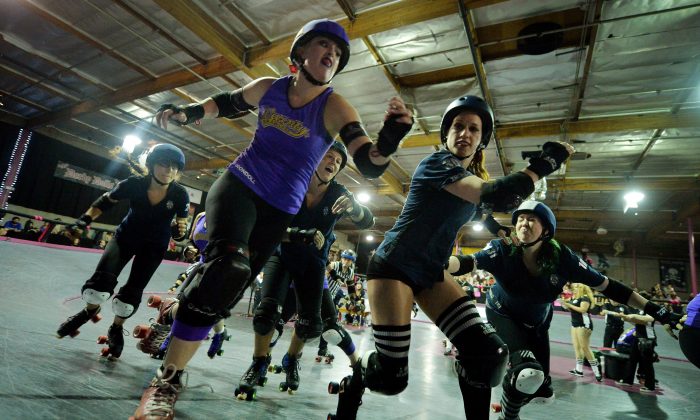 Roller Derby Advocates Press for the Right to Hit in Maine

AUGUSTA, Maine—Young women named Hard Dash, Kill Any and Betty B. Tough are putting the squeeze on Maine lawmakers to make it easier for them to expand the sport of roller derby.

Roller derby advocates told a legislative panel Tuesday that an old statute that prohibits skaters from hitting each other is preventing them from building a new rink. Two women testified wearing skates and their roller derby uniforms.

The sport is growing in Maine, with nine leagues, some of which have several teams.

“Roller derby is happening,” said Alyssa “Spry Icicle” Bergeron, 36, of Auburn. “I want to make sure it keeps happening.

Bergeron said Maine skaters have been forced to break the law for the last 10 years and now want to play their sport legally.

Members of the Legislature’s Labor, Commerce, Research and Economic Development Committee appeared eager to help the skaters scrap the law, which dates to 1991. Nobody at the hearing could explain the reason behind the law.

Committee members said it seemed unfair that hockey players are allowed to check each other but derby skaters can’t.

“Because in Maine, if you put on roller skates and bash into something, you are breaking the law,” said Rep. Joel R. Stetkis, a Canaan Republican. “This seems to be one of the most ridiculous laws in Maine.”

The panel will discuss the issue again next week.

Roller Derby is a contact sport based on two teams roller skating around an oval track, with points scored as one player in a team (called a jammer) laps the opposing team. The sport was developed in the late 1930s in U.S. and is played largely by women.