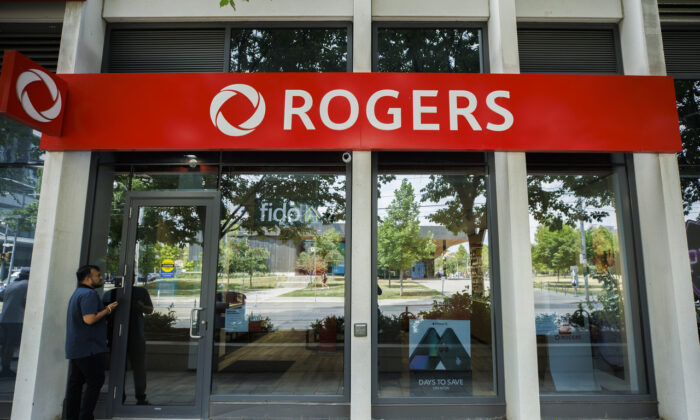 Rogers Communications Inc. acknowledged Wednesday it has work to do in building customer trust after its massive network outage earlier this month and that it expects to spend $150 million on customer credits related to the outage.

The figure came as the Toronto-based cable, wireless and media company reported its second-quarter financial results, including a jump in profit.

CEO Tony Staffieri said the company’s performance reflects “the incredible hard work by our wireless, cable, and media teams as we continue to recover from the impacts of the pandemic” in a statement accompanying the earnings disclosure.

“In the coming quarters, we will continue to focus on delivering additional improvements as we build on these results, while also working hard to regain the trust of our customers following our recent network outage.”

In letters to customers and again at a House of Commons committee meeting on Monday, Staffieri outlined the steps the company is taking to prevent a crippling network outage from happening again. Wednesday’s conference call with analysts included additional details about the expected timeline.

Rogers has promised to split its wireless and wireline services “to help make sure (its) customers don’t experience an outage with both cellular and internet services again” in a move the company says will cost $250 million.

During Wednesday’s earnings call, Staffieri said it could take between a year and three years to separate the services, adding that the company’s proposed takeover of Shaw would help reduce the cost and the timeline.

The company’s $26-billion proposed merger with Shaw deal has received approval from the Canadian Radio-television and Telecommunications Commission, but still needs to get the green light from the Competition Bureau and Innovation, Science and Economic Development Canada.

Rogers said it has extended the deadline of its $26-billion proposed merger with Shaw Communications Inc. to Dec. 31 from July 31. The closing date has previously been delayed several times as it awaits regulatory approval.

During the analyst call Wednesday, Staffieri said the decision to move the date reflects the commitment it and Shaw have to getting the deal done.

“We wanted to set a date that made it clear that we have that commitment,” he said.

Even though the telecom giant remains confident that the deal will close, especially with the additional time, it said it has “strategies” available in the event that the transaction faces further hurdles.

Rogers, Shaw and Quebecor Inc. still need to reach a definitive agreement on the sale of wireless carrier Freedom Mobile as well — a $2.85-billion deal that is intended to help appease regulators mulling the Rogers-Shaw merger. An agreement was widely expected to come earlier this month.

Rogers said it is continuing to work with Quebecor on this agreement and to address the “complexities” associated with the sale.

In a note to clients, Desjardins analyst Jerome Dubreuil said the Dec. 31 extension is “not a surprise, but nice to see.”

He cited the Competition Bureau’s ongoing antitrust issues pertaining to the potential sale of Freedom to Quebecor as a setback, but said he believes “the (Rogers-Shaw) transaction remains on track to close with the outside date of the proposed merger extended.”

Rogers said the closing date may be extended even further to Jan. 31, 2023 “at the option of Rogers or Shaw, provided Rogers has committed financing available to complete the transaction.”

“In our view, the Jan. 31 date could follow a potential resolution if the case goes to the Competition Tribunal,” Dubreuil said.

Rogers reported an increase in profit and sales in its latest quarter, with wireless service revenue increasing by double digits.

The company said it earned $409 million in its second quarter or 76 cents per diluted share, up 35 percent from $302 million and 60 cents per share a year earlier.

Revenues for the three months ended June 30 were $3.87 billion, up from $3.58 billion the year before as wireless service revenue soared 11 percent.

Rogers has committed to spending $10 billion over three years to increase oversight, testing and the use of artificial intelligence to ensure reliable service, and was already making “meaningful progress on a formal agreement” between carriers to switch 911 calls to one another’s networks automatically in the event of an outage.

The $150 customer credit will appear in next quarter’s results, it said and noted that it saw some customer churn in the early days after the outage but expects the back-to-school season to help with retainment and growth.

Shares of Rogers fell at the open and has gyrated in the morning, sitting up one percent at $60.41 per share in midday trading action.