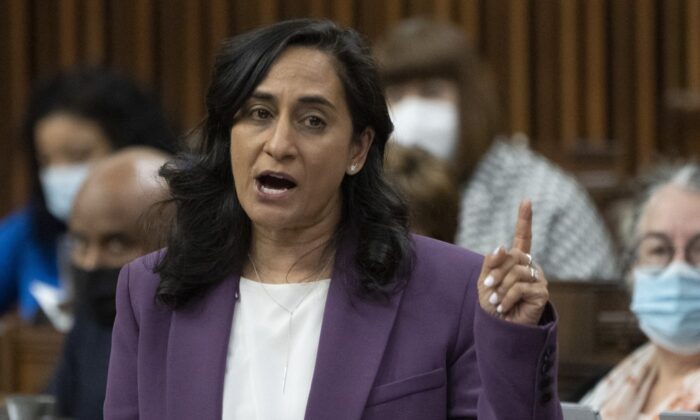 Defence Minister Anita Anand is promising to introduce a “robust package of investments” for North America’s aging defences in the coming months.

The promise follows years of warnings from military officials and experts about the state of the continent’s defensive network, parts of which are now obsolete.

The warnings have a new sense of urgency as tensions between the West and Russia continue to grow over the latter’s invasion of Ukraine.

Canada is also under intense pressure to spend more on its military, with many expecting new money for defence in this week’s federal budget.

Anand says she has had several discussions with U.S. Defense Secretary Lloyd Austin and will be moving ahead on upgrading the North American Aerospace Defence command, or Norad, in concert with Washington.

Those upgrades are expected to include measures to protect North America’s airspace and maritime territory, but also to detect and defend against threats from space and cyberspace.