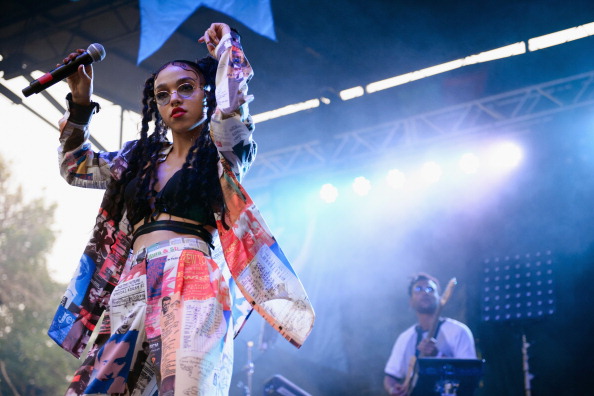 Robert Pattinson and FKA Twigs Could be Engaged by ‘New Year,’ Report Claims

Robert Pattinson and girlfriend, the singer FKA Twigs, could be engaged by the end of 2014, according to a report on Monday.

A source was quoted by an entertainment site as saying Pattinson has described Twigs, whose real name is Tahliah Barnett, as his “best friend” and his “everything.”

“Don’t be surprised if you see an engagement ring on Tahliah this holiday season or at least sometime in the very near future,” the source told HollywoodLife.

“She is everything and more that Rob has ever dreamed of. They have crazy sexual energy plus they are like best friends. He feels like she brings out the best in him. That she makes him a better person and a more daring, fearless artist.”

The two were recently spotted in New York City for her concert. “The entered heir hotel holding hands and they kissed in the cab before getting out,” an source told the publication.

“Rob’s only seeing her, he’s not dating anyone else or even looking at other girls,” another insider was quoted as saying. “He’s really happy, they’re falling in love, he’s totally wrapped up in her. He wasn’t even that disappointed that his film got pushed because it means he can spend more time following her around on tour, he’s her number one fan.”

FKA Twigs did a show at Manhattan’s Terminal 5. According to Us Weekly, he delivered a dozen long-stemmed red roses to her after her show.

“It’s early [on] but they’re having fun,” a source told Us about the couple.

“He loves her voice, he loves her sense of style as well, how unique she is,” another source told Us. “She’s a cool girl. His friends are much happier with him in this relationship than some of the others.”