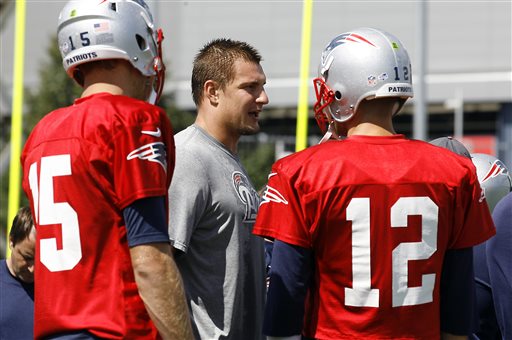 Rob Gronkowski Cleared, Will Play Against NY Jets on Sunday

Rob Gronkowski, the  New England Patriots tight end, was cleared by his doctors to play. He will likely start against the New York Jets, reports said on Friday.

ESPN and NFL.com broke the news on Friday morning, suggesting that he will play against the New York Jets on Sunday afternoon.

Gronkowski’s agent, Drew Rosenhaus, told NFL that he will play against the Jets.

He has been dealing with an arm injury since last season.

Gronkowski has not yet played this year.