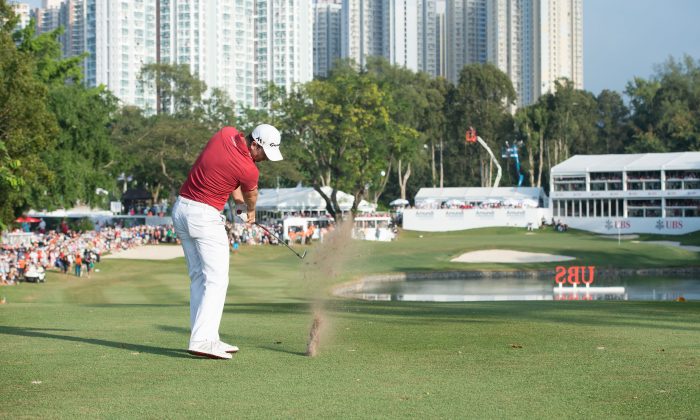 US Masters champion and friend Danny Willett looms as the biggest threat to Olympics champion Justin Rose’s title defence at the UBS Hong Kong Open, after the Ryder Cup teammates confirmed their participation in the December 8-11 showpiece.

Englishman Rose finishing on -17, pipped Denmark’s Lucas Bjerregaard by one shot to lift the trophy last year and is keen for a repeat triumph at the event co-sanctioned by the Asian Tour, European Tour and Hong Kong Golf Association.

“Winning at Fanling last year was great, so I am really looking forward to defending my title this year. The first time I played in Hong Kong I missed the cut by using my Driver too much, so last year I respected the course a lot more and played more powerful irons, which did the trick,” Rose said at the conference held in Hong Kong on Aug 7.

The 36-year-old is on a high after becoming the first man in 112-years to win an Olympic gold in golf at the Rio Games last month.

“Winning the Olympics was very special. I have to say, especially after picking up an injury over the Summer, I did not expect to win it – so it became truly one of the greatest weeks of my career” the world No 10 added.

“I think all the golfers who were part of the Olympics felt how special it was to be a part of the biggest sporting event in the world, and it was great to see such strong crowds in Rio. So many people want to see my gold medal, touch it and feel the weight, so I will bring it along for people to see in Hong Kong”.

It has been an equally memorable year for Yorkshireman Willett, 28, who overtook American Jordan Speith on the back nine of the final day to win his first major at Augusta National. He also represented Britain in Rio along with Rose, and will play in his first Ryder Cup at the end of the month.

“I have some good memories of the course and the tournament in Hong Kong, so I am looking forward to getting back there and trying to get my hands on the trophy,” said Willett, who finished 21st when he last played the event in 2011.

“Rosey and I were teammates in Rio, and we will be teammates in the Ryder Cup, so we are spending a fair bit of time together these days. After he won in Hong Kong last year, I am pretty sure that he will be one of the main men to beat in December.”

In keeping with the organisers’ commitment to enhance accessibility to the tournament, entry to the first two rounds on the Thursday and Friday will be free of charge.

Andrew Wood is a sportsman and Golfer in Hong Kong