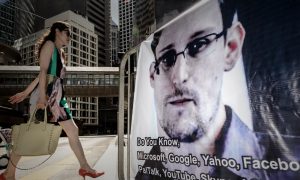 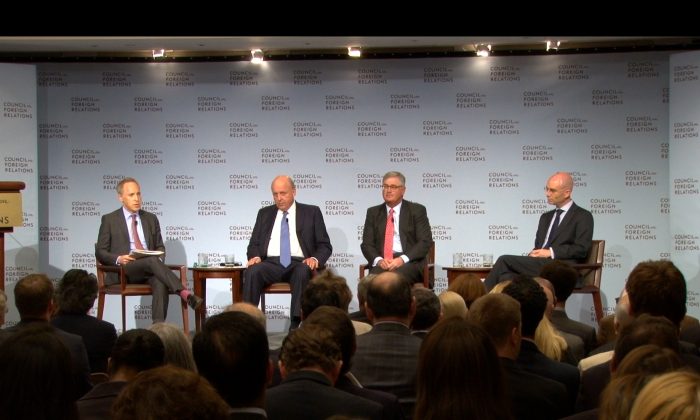 How to Counter China’s Cyber Espionage

Panelists emphasized the need for the U.S. to work not just with China alone, which has refused to ratify the 2001 Convention on Cybercrime treaty, but also with U.S. allies and other aggressive nations.

In light of Chinese Communist Party leader Xi Jinping’s meeting with U.S. President Barack Obama this Friday and Saturday, the panelists were asked their suggestions for how Obama should broach this topic with Xi.

Former Deputy Secretary of State and Director of National Intelligence John D. Negroponte responded that rather than outright admonishing China for their misdeeds, “I would start by saying, ‘Look, do we want to have a global order, or do we want to split this place into several different dysfunctional pieces?”

Negroponte, along with the two other panelists, Samuel J. Palmisano, former chairman of the board and chief executive officer of IBM, and Adam M. Segal, a senior fellow for China studies at CFR, were coordinators of a task force assembled to give recommendations to the U.S. government on cyber security and policy. The result of their findings was released in a report on Thursday.

Negroponte also said that the report’s key recommendation in dealing with cases of hacking and intellectual property theft was to include them as “a standard feature” of the country’s trade negotiations, stating that the United States has enough leverage, since nations heavily seek U.S. export markets.

The report estimates that intellectual property losses worldwide can total up to $500 billion per year.

Panelists also reiterated one finding of the report: the most critical threat to the United States is not a large-scale surprise attack (a “cyber Pearl Harbor”), but smaller, continued acts of cyber espionage that steal important information.

Segal said that China is unlikely to launch an attack “out of the blue.” But if China were to do so, it would likely be related to “already tense military situations in the Taiwan straits or the South China Sea,” and there would be no ambiguity over the boundaries of acceptable action: the U.S. can act militarily, diplomatically, or through cyber attacks.

Related discussion: Should the Chinese regime be held accountable for the Tiananmen Sq. massacre?

The panelists stressed that cyberspace can play a critical role in war and the United States should work to engage in a “meaningful dialogue” with the military of allies and nations like China and Russia to draw up clearly defined international war conventions. “What we might think is off-limits for an attack, the Chinese may see that as a perfectly appropriate attack,” said Segal.

Palsimano said that since China will act in its own self-interests, it is better to approach these negotiations on an economic level. Since China does not have the domestic growth to fuel its export-driven economy, the country will need to use advanced technology and the Internet to drive its productivity.

“Open Internet for commerce is as every bit important for a Chinese company as it is to an American company, because as they expand beyond their domestic economy, they need to rely upon us for an open Internet.”