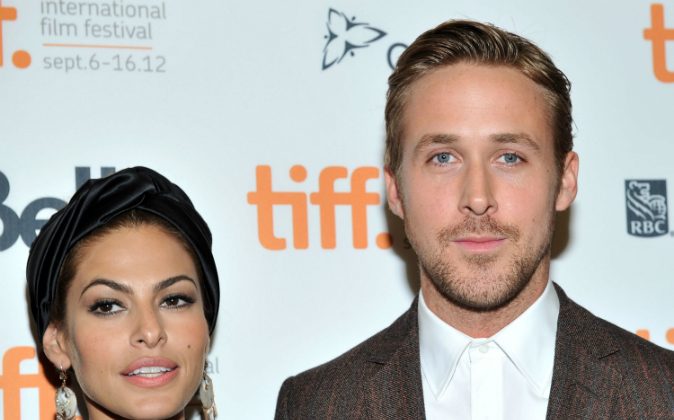 Actors Eva Mendes and Ryan Gosling attend 'The Place Beyond The Pines' premiere during the 2012 Toronto International Film Festival at Princess of Wales Theatre on September 7, 2012 in Toronto, Canada. Mendes and Gosling are reportedly married. (Sonia Recchia/Getty Images)
Entertainment

Reports: Ryan Gosling and Eva Mendes Did Not Get Married in Secret Ceremony

Hollywood couple Ryan Gosling and Eva Mendes did not married, contrary to a report from Us Weekly.

Both People magazine and TMZ reported on Wednesday that the two didn’t get married. The pair have been in a relationship for several years.

Us Weekly claimed the pair exchanged wedding vows earlier this year in a private ceremony among friends and family.

“Eva and Ryan have always felt like a married couple,” a source told Us Weekly. “They are infatuated with each other.”

Gosling and Mendes have kept most of their personal lives away from the prying lens of the paparazzi, including the birth of their daughters—2-year-old Esmeralda and 4-month-old Amada—which was deliberate.

“Whether we like it or not, privacy is going to be very difficult for Esmeralda. I think it’s unfair but that’s our reality. So Ryan and I decided early on to give her as much privacy as we could. And my pregnancy was the first opportunity to give her that. It’s such an intimate time for the mother, too,” she said in an interview with Violet Grey.

She added, “I know that it seems all very innocuous when you’re flipping through a tabloid at the doctor’s office or see a photo of a pregnant lady online, but I find the media’s ‘bump watch’ obsession to be both intrusive and stressful. So I made a decision to eject myself from it completely. I was like, ‘Annnnd I’m out.'”

It hasn’t been all secrecy for Mendes, who gave readers an inside peek into the Gosling-Mendes household in an August 2016 interview with Latina magazine. Mendes said their home is brimming with Cuban culture; Mendes is of Latin descent.

“We’re constantly playing Cuban music,” the 42-year-old actress said. “I speak to them in Spanish, and my mom speaks to Esmeralda in Spanish. Well, now she speaks to both of them in Spanish. Any time I have an opportunity to introduce her or them—I have to say ‘them’ now, though my newborn just sleeps all the time—to my culture, whether it’s through music, or through food, I do.”

Mendes and Gosling began dating in 2011 after meeting on the set of their movie, “The Place Beyond the Pines.”