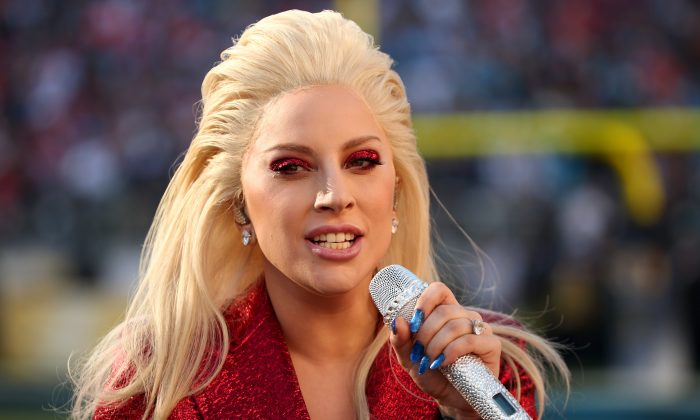 Lady Gaga, who is slated to perform at the Super Bowl halftime show next month, was asked by organizers not to talk about politics or President-elect Donald Trump during the show.

“Lady Gaga was told by the NFL that she cannot say anything or bring anything up about the election, or mention Donald Trump,” a source close to the show told Etonline.com.

But a representative disputed the source’s claims, telling the website it is “nonsense from people trying to stir up controversy where there is none.”

“The Super Bowl is a time when people really come together,” the NFL’s statement reads. “Lady Gaga is focused on putting together an amazing show for fans and we love working with her on it; we aren’t going to be distracted by this.”

Gaga was a surrogate for Hillary Clinton and was photographed holding a “Love Trumps Hate” sign outside the Trump Tower after the Nov. 8 election result.

There have also been rumors that Gaga’s show might be potentially dangerous.

A representative for the NFL told the site: “People will have to wait and see what we have in store—we never comment on speculation about the show because there is so much misinformation that surfaces. But we are confident Lady Gaga will put on a tremendous show for fans.”

The New York Post, meanwhile, reported that the 30-year-old pop star wants to perform on NRG Stadium roof in Houston. “They’re writing up multiple plans about how to safely get her on the roof, including potentially [cutting] a hole in the ceiling of the dome,” said a source.

The Super Bowl will take place Sunday, Feb. 5. On Sunday, the AFC and NFC champions will be revealed after the Pittsburgh Steelers play the New England Patriots and the Green Bay Packers play the Atlanta Falcons.