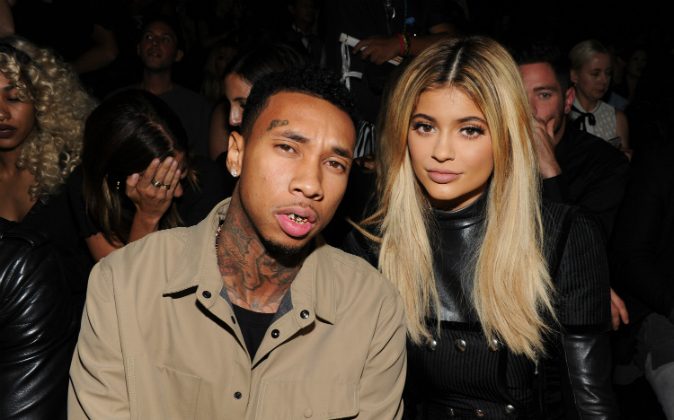 There’s one less invitation Rob Kardashian and Angela ‘Black Chyna’ White will have to send out for their upcoming nuptials.

Kylie Jenner and rapper boyfriend Tyga have called it quits, according to reports.

The “Keeping Up With the Kardashian” star and her rapper boyfriend are reportedly done “for good” after nearly two years of dating. However, a source told Us Weekly the breakup isn’t permanent.

“They fight and get back together all in the same day constantly, so last week she didn’t want to say it was a breakup as that’s how it always is,”a source explained to Us. “We’ve been down this road before.”

The couple first called it quits in November of last year, around Tyga’s 26th birthday. Reports suggested that Tyga was unfaithful to the teenager while in Australia.

However, soon after, Jenner revealed that she and the hip-hop artist had reconciled when a photo of their hands, with the caption, “Everyone needs to chill” appeared on her Snapchat.

“Kylie was bent out of shape that Tyga had the nerve to go to the Met Ball. He was only invited because of her, and she’s mad at herself that she didn’t think to have him made persona non grata,” TMZ reported, according to a source.

But Tyga isn’t stressing over the “acrimonious” break-up, as he allegedly has moved on and is dating someone new. Tyga reportedly enjoyed a Mother’s Day lunch with his mom and a model.

The couple have had its fair share of criticism, particularly due to the eight year age difference between the two, and Tyga allegedly dating the cosmetics founder while she was underage.

“I don’t know,” he said during an interview with San Francisco radio station 106 KMEL when asked about the age difference and criticism. “It’s hard to talk about that because people are gonna bash. I didn’t understand it though because I’m like, ‘This person is a really good person.'”

That said, Tyga might still have an invitation to the upcoming wedding of Rob Kardashian and Angela White’s wedding after all. Tyga is ex-fiancé and father of White’s son, King Cairo.