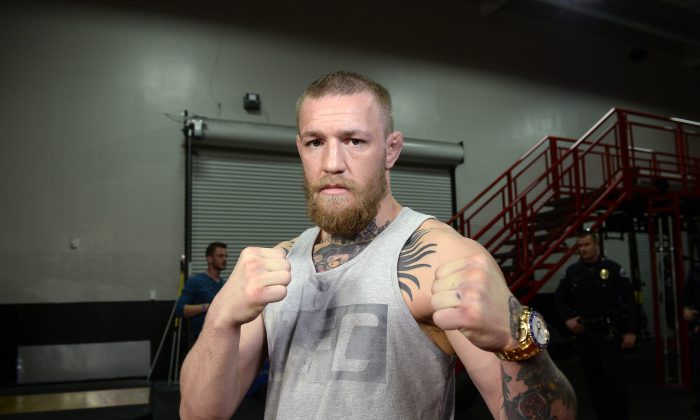 Report: Conor McGregor in ‘Danger’ After He’s Rumored to Have Punched Father of Mob Boss

Several reports from Ireland say that MMA star Conor McGregor punched an Irish mafia figure’s father in the face. These reports, however, have not been confirmed by the Irish Police, McGregor, or the mob.

According to veteran crime reporter Paul Williams, writing for the Irish Independent, “Nobody should underestimate or play down the serious and perilous situation that Conor McGregor now finds himself in.”

“Through no fault of his own it appears he has inadvertently locked horns with members of the Kinahan cartel, which includes people who are well accustomed to killing—one of whom has notched up at least three murders in his malevolent career,” he wrote on Wednesday.

He added that “over the past 72 hours sources in the criminal underworld and the gardai [police force of the Republic of Ireland] have been consumed by this developing and chilling saga.”

According to Williams, McGregor was targeted by the mob, who reportedly demanded a €900,000 ($1.6 million) ransom for his role in a bar brawl in Dublin over the weekend.

According to the Irish Sun, the Irish police haven’t informed McGregor that his life is under threat. The report said that he struck the father of a “well-known gangland figure” in the bar.

McGregor may have responded to the claim, posting a cryptic Instagram post with him wearing a mask, which reads, “The Celebrity.”

UFC boss Dana White, however, said that he doesn’t think the allegations about McGregor and the mob are true.

“I don’t think it’s true,” White said, reported MMA Fighting. “Because if it was true, it would be big. Conor can walk down the street and it’s big news now. If this were true, I just have to believe it would be off-the-charts crazy.”