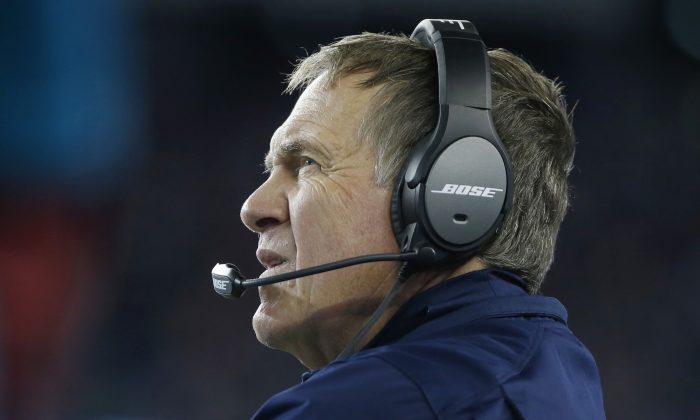 Belichick, in his letter, mentioned the United States’ “slanted and negative” coverage.

“Congratulations on a tremendous campaign. You have to help with an unbelievable slanted and negative media and have come out beautifully. You have proven to be the ultimate competitor fighter. Your leadership is amazing. I have always had tremendous respect for you for the toughness and perseverance you have displayed over the past year is remarkable. Hopefully tomorrow’s election, the results will give the opportunity to make America great again,” he wrote. “Best wishes for great results tomorrow.”

CSN New England said it could confirm that the longtime coach and future hall-of-famer wrote the letter.

Trump made mention of it on Monday night, saying he got support from Patriots head coach and quarterback Tom Brady.

For his part, it’s unclear if Brady voted for Trump. His wife, model Gisele Bundchen, said the couple didn’t vote for the Republican businessman, reported Politico.

“NO!” Bundchen told an Instagram user when asked about if they’re voting from Trump.

Trump, however, said that Brady and Belichick voted for him on Tuesday.

“They’re friends of mine, and they’re great people and great champions,” Trump said. “But, you know, above being champions, they’re incredible people. And I got a call from Tom yesterday—just as a friend of mine—and he said: ‘Hey, I’m voting for you, man, and I’m with you.’ And I said, ‘You mind if I announce that?’ He said, ‘Nope, you can announce it.’ I said, ‘Great.’ So I did it last night, of course in New Hampshire, where, you know, they’re so respected. They’re respected all over the country.”

On Monday, Brady told “The Kirk & Callahan Show” that he hadn’t yet noted. Brady said he’ll reveal his choice next week.