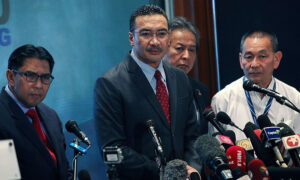 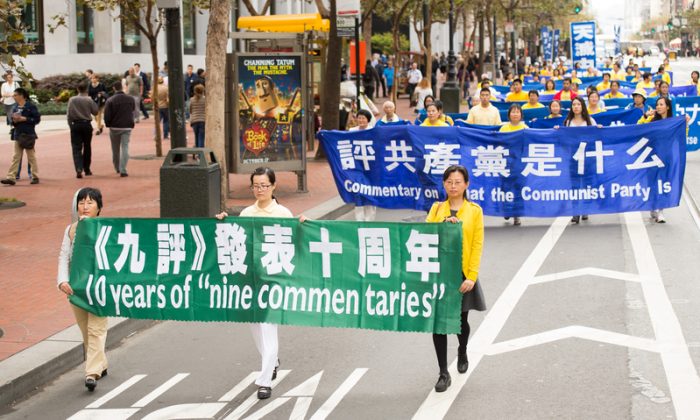 The publication of the Nine Commentaries on the Communist Party triggers a tidal wave of Chinese people quitting the Chinese Communist Party. (Dai Bing/Epoch Times)
China

Chen Xi, a renowned democratic activist in China, was released on May 26, 2005 after serving 10 years in prison. On the day of his release, Chen was interviewed by Epoch Times and indicated he would never change course in striving for democracy. He said, “A slave would only care about food, water, and staying alive; but a human being cares about dignity, integrity and human rights.” On July 29, 2005, Chen solemnly declared his resignation from the Chinese Communist Party (CCP).

“At a young age, I enthusiastically joined the Communist Youth League, the Communist Young Pioneers, and the CCP. It was an era when Mao Zedong provoked one social class against the rest to enforce proletariat dictatorship. I belonged to the worker class, and was naturally loyal toward the “great leader” and eager to become a member of the vanguard.

“At that time, I whole-heartedly believed in the great undertaking of Communism and the Party. I even pledged to fight to death to support it.

“Today, I laugh at my own past, and feel a sense of shame for being deceived and controlled since a young age.

“My experience has confirmed what F. A Hayek said, ‘We might conceive of a civilization thus coming to a standstill, not because the possibilities of further growth had been exhausted, but because man had succeeded in so completely subjecting all his actions and his immediate surroundings to his existing state of knowledge that no occasion would arise for new knowledge to appear.’

“Thanks to the era of ‘total dictatorship,’ thanks to the dictators, and thanks also to those seeming “gentlemen” who only want to control and suppress others and to seek power—they have given me real-life lessons and a reference point for oppositional tactics. They have made me more mature, and enabled me to think and truly believe and to understand how to be a human being.

A slave would only care about food, water, and staying alive; but a human being cares about dignity, integrity and human rights.
— Chen Xi

“In the past, I have been a loyal member of the Communist Party. Today, I am a member of the democratic movement. I declare my resignation from the CCP, in form and in essence.”

Quitting the CCP Benefits China and the Entire Human Race

Chen said that even when he was in prison, he kept asking why has a malevolent spirit such as the CCP appeared in this great land of China to so destroy and distort mankind? In darkness one knows no light. “Only today do I see where the light is.”

Chen pointed out that resigning from the CCP is a peaceful step toward building a democratic China and awakening more people’s conscience and courage. It also helps people overcome forgetfulness and fear. This will benefit not only China, but also the entire human race.

Chen Xi’s real name is Chen Youcai. He was born on February 29, 1954 in Guiyang, Guizhou province.

During the 1989 student movement, Chen organized a “Salon Association” and established the “Patriotic and Democratic Federation.” Because of this, he was sentenced to three years in prison and stripped of all political rights.

In May of 1995, Chen established the “Guizhou Chapter of China Democratic Party,” promoting citizens of Guizhou to lead the country in lighting the torch of democracy. He also demanded the redress of the “June 4th” Tiananmen Square massacre. For this, he was again arrested.