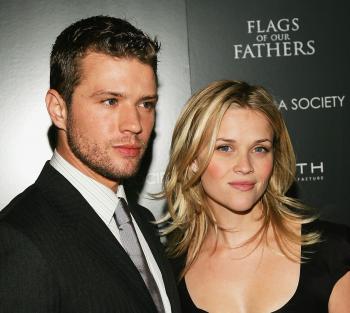 Ryan Phillippe, said he is happy for his ex-wife Reese Witherspoon, after hearing about her engagement to Hollywood agent, Jim Toth. (Evan Agostini/Getty Images)
Entertainment

Reese Witherspoon Congratulated by Ryan Phillippe on Her New Engagement

By Helena Zhu
Print
Actor Ryan Phillippe said he is happy for his ex-wife Reese Witherspoon, after hearing about her engagement to Hollywood agent, Jim Toth.

"I'm very happy for both Reese and Jim," Phillippe, 36, told the New York Daily News in a statement. "I wish nothing but the best for the mother of my children."

Philippe told Us Weekly in May that Witherspoon and he have been sharing the parenting.

“It makes the kids feel better that the parents are interacting … We go to all the school events together, and we're there for each other,” he said.

Witherspoon has been in a relationship with Toth, 40, for about a year.

Witherspoon won an Oscar for playing June Carter Cash in the biographical drama movie Walk the Line. The 34-year-old actress has played Lisa in the recent film How Do You Know, Elle Woods in Legally Blonde, and Annie in Penelope.