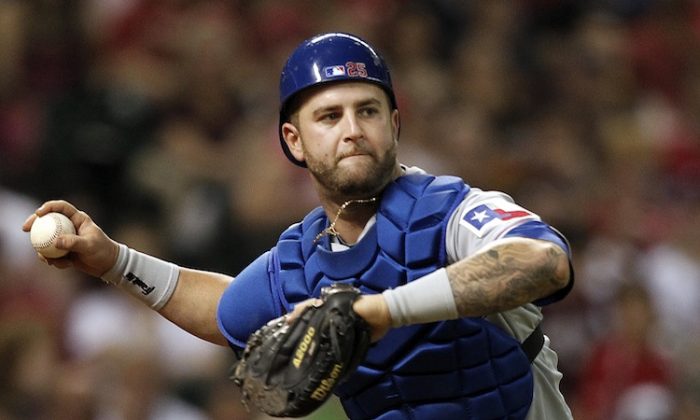 Mike Napoli has averaged 24 home runs a season each of the past five years for Texas and Los Angeles. (Bob Levey/Getty Images)
Baseball

The Boston Red Sox have signed free agent catcher Mike Napoli, according to a report on MLB’s website. The deal is reported to be for three years and worth $39 million.

According to the report, Boston hasn’t confirmed the deal, but acknowledged it could be done soon.

“We’ve made some progress and he’s a guy who gets on base, has power and could be a good fit for our ballpark,” Cherington said. “We knew when we made the Dodgers trade, and moved [Adrian] Gonzalez, we were going to have to try to find a way to replace that offense and as we got into the offseason, we understood that that was probably going to have to come from a combination of guys and maybe not one guy.”

The 31-year-old Napoli plays both catcher and first base and has hit an average of 24 home runs over the past five seasons.