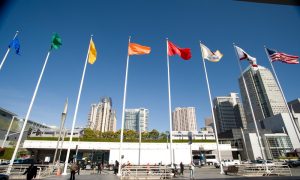 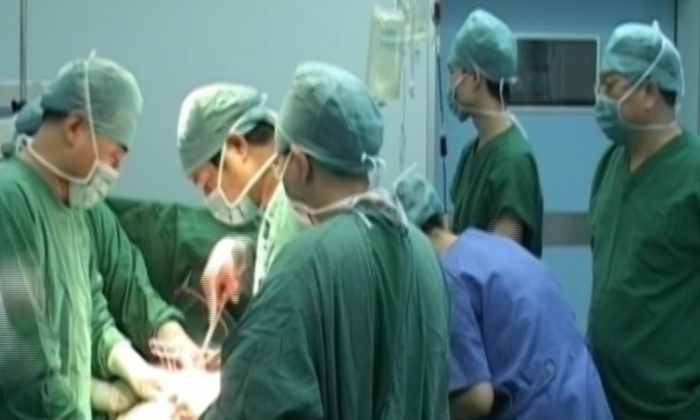 ‘Red Reign’ and the Umbrella Movement

What do the Umbrella Movement and the documentary film “Red Reign” have in common? While this may sound like the setup for a joke, it’s actually quite serious, and the punch line is not so funny.

The Umbrella Movement, a series of protests in Hong Kong that has been reported in the news these last few weeks, has been peaceably voicing the right to maintain Hong Kong’s now-fragile autonomy from mainland China. This is a matter of life and death to many of Hong Kong’s citizens, who know the threat of the Chinese regime and its horrible human rights and environmental abuses.

That’s where the “Red Reign” documentary comes in, which focuses specifically on the Chinese Communist Party’s current crime against humanity—the harvesting of organs from prisoners of conscience, mostly practitioners of Falun Gong. The film exposes this modern-day tragedy from a Western point of view.

Falun Gong, a spiritual practice with roots in traditional Chinese culture, includes five sets of meditative exercises with an emphasis on moral living based on the principles of truthfulness, compassion, and forbearance. Despite widespread popularity, the practice was banned by the Chinese Communist Party (CCP) in 1999. Hundreds of thousands of practitioners were arrested, imprisoned, and brutally tortured if they did not recant their beliefs.

In 2006, a report by David Matas, a human rights lawyer, and David Kilgour, a former member of the Canadian Parliament, alleged that Falun Gong prisoners were being killed by the CCP in order to harvest their organs for the lucrative transplant business.

Filmmaker Masha Savitz zeroes in on the efforts of the Nobel Prize nominee Matas, who wrote the book “Bloody Harvest: The Killing of Falun Gong.” The documentary also features interviews with Matas, Kilgour, victims of the Falun Gong persecution, and several doctors who share chilling transplant testimonies. It also includes filmmakers whose film on the topic was effectively quashed due to pressure from the Chinese Communist Party in Canada, Europe, and the Unites States.

“Red Reign” makes a stunning case. It tells an international story of tangled politics and economics intentionally suppressed by the Chinese regime. “Red Reign” shows how a large-scale persecution of people of belief can still happen in our modern-day society.

“When I met David Matas, I saw that I could bring an element that would make it palatable,” said Savitz. “I knew it had to tell the truth, but in a way that did not sensationalize the subject. My objective was to show the best of humanity along with the worst, to esteem the virtues of courage, justice, and righteousness as shown beside unspeakable cruelty and greed. Amidst acute moral bankruptcy and atrocity I aspired to convey encouragement, direction, and hope.”

Savitz and producer Pete McGrain of the hit documentary “Ethos,” narrated by Woody Harrelson, conveys the facts convincingly, but you won’t leave the theater overwhelmed or numb. More than likely, the film will leave you with the knowledge, understanding, and passion to stand firmly with conviction and solidarity alongside the brave students of the Umbrella Movement, and maybe even start a movement yourself to end forced organ harvesting.