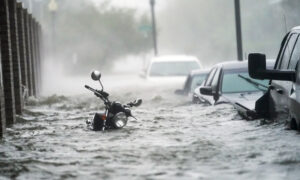 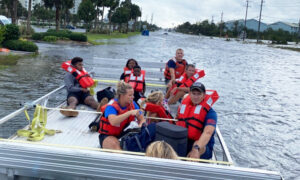 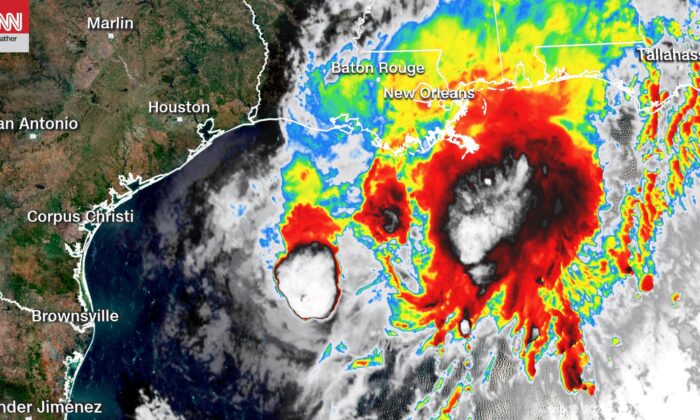 Just a few hours after Alpha was named, Tropical Storm Beta was named in the Gulf of Mexico. (CNN Weather)
US News

Tropical Storm Alpha, named Friday, took the 2020 Atlantic Hurricane season into the Greek alphabet for only the second time in recorded history.

The only other time the National Hurricane Center (NHC) has had to pull names from the Greek Alphabet was the historic 2005 hurricane season.

Just a few hours after Alpha was named, Tropical Storm Beta was named in the Gulf of Mexico.

Beta is expected to strengthen this weekend as it slowly tracks to the northwest toward the Texas coastline. However, Beta will likely not intensify into a hurricane.

“The intensity guidance has trended downward to the point where none of the models are currently forecasting Beta to become a hurricane,” according to the NHC on Saturday morning.

Beta’s biggest threat will be heavy rainfall which could lead to flash flooding. Widespread rain accumulations will be from 4 to 6 inches, with isolated spots of 8 to 10 inches.

“The expected slow motion of Beta has the potential to produce a long duration rainfall event along the western Gulf Coast,” according to the NHC. Beta slowed in forward speed from 12 mph to 3 mph on Saturday morning.

Storm surge watches are also in effect for areas of Texas and Louisiana with the expectation that some locations could see surge of up to 2 to 4 feet. This surge combined with heavy rain could bring major flooding to some portions of the Texas and Louisiana coasts.

The historic 2005 Atlantic hurricane season produced so many named storms that it reached the letter Zeta in the Greek alphabet. That means the season had a total of 27 named storms; the most in any single season.

With more than two months left until the end of Atlantic hurricane season, 2020 could surpass 2005 in the number of named storms. Already this year is far ahead of pace compared to the 2005 season. In 2005, Tropical Storm Alpha was named October 22. In 2020, Alpha was named on September 18, nearly five weeks earlier than the 2005 storm of the same name.

Atlantic hurricane season officially runs from June 1 through November 30. September 10 is considered the peak of the season. During an average season, we see about three named storms in September, two storms in October, and one in November.

If this was an average hurricane season, weather patterns would produce a few more storms before the end of November. However, five weeks from the start of this year’s season, forecasters predicted it would be a very active season similar to 2005.

So far this season, weather has produced 23 named storms. The average season produces 12.

In August, the National Oceanic and Atmospheric Administration (NOAA) updated its hurricane season forecast, calling for between 19 to 25 named storms. It’s the first time the agency forecast up to 25 storms in a season.

Every named storm so far this season, except for three (Arthur, Bertha, and Dolly), set their own personal record for the earliest named storm in recorded history.