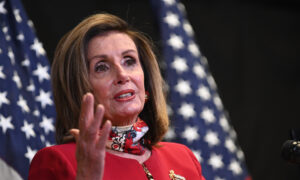 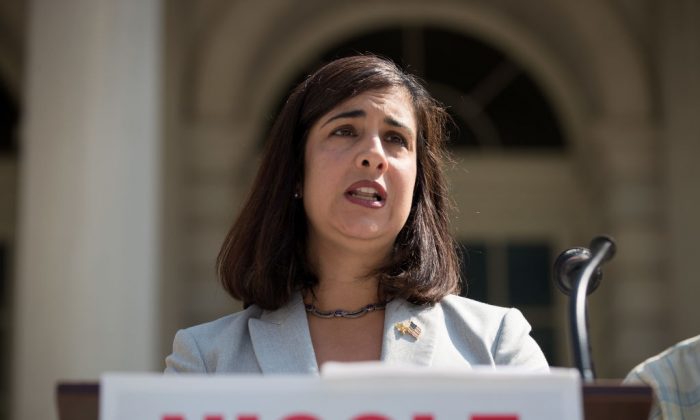 Newly elected Rep. Nicole Malliotakis (R-N.Y.) said Friday there seems to be an interest in forming a group to counter the Squad.

In the House, a group of progressive women with a socialist agenda became known as the Squad including Reps. Alexandria Ocasio-Cortez (D-N.Y.), Ilhan Omar (D-Minn.), Rashida Tlaib (D-Mich.), and Ayanna Pressley (D-Mass.). They have supported “Defunding the Police,” Medicare for all, free college education, “The Green New Deal,” and other socialist policies.

Many Newly Elected GOP House members consider their win a mandate against socialism, having won their seats by opposing it.

Malliotakis’ campaign ads focused on her support for law enforcement and condemned the calls by Black Lives Matter to “Defund the Police,” an organization closely connected to the Democratic Party, helping her to win New York City’s 11th district which includes Staten Island and South Brooklyn.

“I can tell you here in NYC, and I assume in cities across America, people were really fed up with the direction the Democrats were trying to take us,” said Malliotakis.

During her interview with Fox and Friends, Malliotakis named Democrats like New York City Mayor Bill De Blasio and Ocasio-Cortez who have been in support of reducing funds for police even while looting and violence became pervasive.

“And you have individuals like my opponent [former-Rep. Max Rose], who had rallied with the ‘Defund the police’ movement and really had just gone along with the gang,” she said, “and people want to see a two-party system, they want to see checks and balances, and I will be the only Republican representing our city in Washington and it is a much-needed voice and perspective.”

Malliotakis’ opponent Max Rose was not a part of the Squad but was instead considered a moderate Democrat, and since conceding last week he promised in a statement a smooth transition.

The 11th District had been held by Republicans since 2013 and was the only New York City congressional district won by President Trump in 2016. Malliotakis’ win makes her one of the 35 Republican women in the GOP to serve beginning in 2021.

On Monday, Rep. Kevin McCarthy wrote on Twitter, “12 Democrat Incumbents lost their re-election to the House. Everyone, of them, lost to a Republican woman, minority, and/or veteran. The Republican Party is stronger because of our diversity.”

New members recently elected to Congress on the Democratic side, like Rep. Cori Bush (D-Mo.) and Jamaal Bowman (D-N.Y.) support the Squad’s socialist agenda. They say the political system is racist and does not work for all people, echoing the socialist idea of struggle that pits one group against another.

Bush said in a Tweet Monday, “People are starving while the rich get richer. It’s clear who our government works for. We’re changing that.”

Bowman wrote, “We can’t talk about the attacks against ‘Socialism’ without talking about a white backlash to demands for investment in communities of color. Government programs, or what they call ‘Socialism,’ is apparently fine for white people but no one else.”

Neither Bush nor Bowman’s office immediately responded to The Epoch Times’ request for comment.

Meanwhile, Malliotakis said that many of the new group of Republicans have fled communism so they know first-hand what socialism can lead to.

“You have [Ocasio-Cortez] and the socialist squad, now we have individuals who come from very diverse backgrounds—many of whom fled communism or socialism themselves or are like me, a daughter of a Cuban refugee—to be those messengers to say why socialism is bad and to push back and to make sure that we fight to preserve our freedoms and liberties and we reopen our economy, we keep the capitalist system that provides jobs and opportunity.”