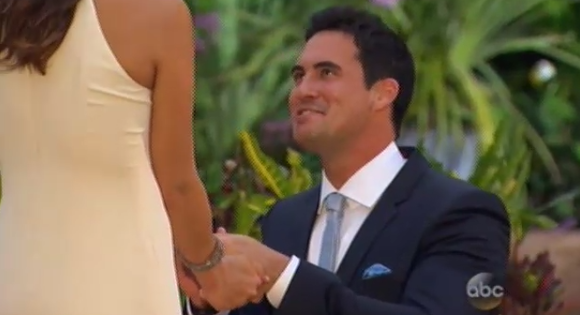 Murray beat out Nick Viall, the other finalist, and proposed to Andi Dorfman at the end of the show.

“Today is going to be the biggest day of my life. I’m happier than I’ve ever been in my entire life,” Josh said before proposing. “I want this future so bad, for Andi, for myself. To marry the woman of my dreams, to make her my wife, and to also have a family later on.”

Andi told Josh that she loves him and will marry him. “You’re the one who I want to spend the rest of the life with,” Andi said.

Steve also correctly predicted the winner of the last season of The Bachelor, as well as many of the seasons over the years.

He’s been wrong a few times, but has a pretty strong track record, which has been bolstered by the correct spoiler that Josh Murray won the pre-recorded show.

Steve is confident and has been telling doubters over the season that he would be proven correct when the finale aired. He often referred to “haters,” saying that there will always be some but he mostly ignores them.

“Boom goes the dynamite. Never a doubt in the world,” he said on Twitter after the finale.

“Great sources. Thanks to everyone who believed.”