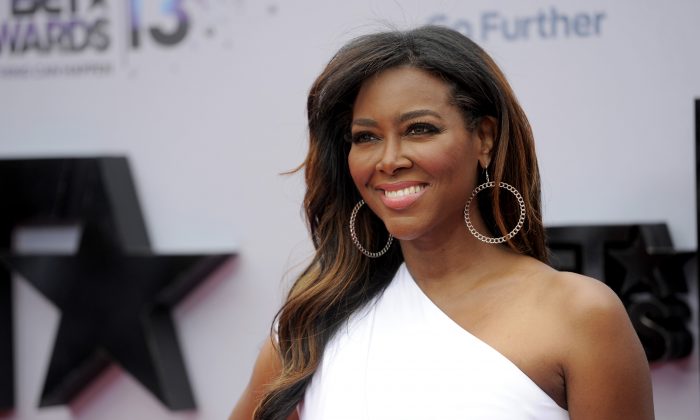 Kenya Moore arrives at the BET Awards at the Nokia Theatre on Sunday, June 30, 2013, in Los Angeles. (Photo by Chris Pizzello/Invision/AP)
Entertainment

Kenya Moore of the Real Housewives of Atlanta apparently wants to visit Apollo Nida, the husband of fellow star Phaedra Parks, in prison.

Nida was sentenced to eight years in prison for fraud earlier this year.

Nida and Moore have had issues in the past on the show, but he admitted to lying about sexual allegations he claimed she offered him.

A source said, “[Kenya] wants to be present when Apollo looks Phaedra in the eye and tells her out of his own mouth about how he lied about an affair with Kenya, and how she’s not a whore or home-wrecker. To hear Apollo tell Phaedra this would mean the world to her,” according to HollywoodLife.com.

The source added that Kenya wants to try and make amends. “Maybe then Phaedra will take her blinders off and actually see that she and Kenya are actually very similar: two very beautiful and educated black women with substance,” the person said.

On Wednesday, she wrote in her Bravo blog that “Apollo’s lie is a lie.”

She wrote: “According to Apollo, he was embarrassed that I told the world he had been texting me without his wife’s knowledge or approval. He felt I took a blow at him insinuating there was something sexual or inappropriate with his texts

“According to him, he made the story up to get back at me — NOT Phaedra. Funny how I was at the top of her to-do list when she told the world Apollo’s lies and called me countless whores, but now that Apollo has come clean, I’m at the bottom.”