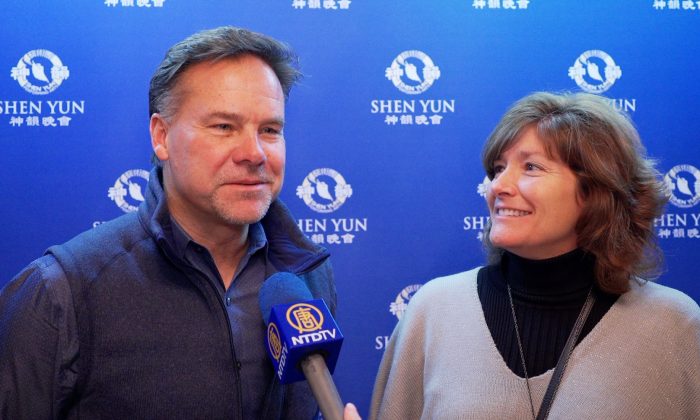 “It’s terrific, incredible colors, energetic. We have our younger daughter with us, and she’s just totally excited about it. It’s great … [she] has been beaming through the whole show.”

“I’ve always been intrigued by Chinese culture. I think it’s a great representation of the spiritual side of it, the dance. It’s in the arts. It’s terrific.”

“I think it’s kind of intriguing that [Shen Yun] brought up the communist regime hasn’t allowed the spiritualism, and it’s kind of nice to see it reintroduced through the arts at the theater.”