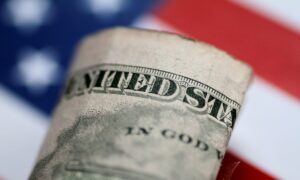 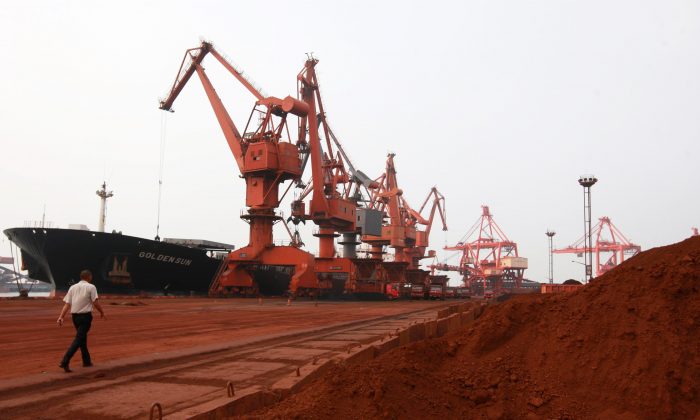 Bulldozer scoop soil containing various rare earth to be loaded on to a ship at a port in Lianyungang, east China's Jiangsu Province on Sept. 5, 2010, for export to Japan. (STR/AFP/Getty Images)
Business

Rare Earths: Driven by Magnetic Applications and Diversity in Supply

Rare earths are vital for the tech in modern economies, but it’s the magnetic group of these elements that is the primary driver for the market at present and likely in the future.

Magnetic rare earths are used in the production of the most powerful permanent magnets found in wind turbines, electric vehicles, and tech like mobile phones. The growth in these sectors pushes the demand, this has gone from 3 percent to 4 percent a year in the past and is expected to increase to 10–12 percent a year until 2035.

Despite the name “rare,” in the geological sense rare earth minerals are more abundant than other widely used metals as copper, zinc, nickel, and lead. However, they have been listed among the most critical materials in the United States, EU, Japan, and South Korea due to the lack of efficient substitutes, their crucial importance to different sectors in the economy, and the concentration of production in a few countries.

The world’s primary production of rare earth oxides was estimated at 124,000 tons in 2015, worth about $2 billion under current prices. The magnetic group of rare earths makes up more than 80 percent of this value despite only accounting for less than a quarter in the world’s total output.

Since the mid-1990s, China has been the major supplier (up to 97 percent) and consumer (up to 70 percent) for rare earths. While it has always been exerted governmental control over the production and export of rare earths, only recently has this been recognized as an issue of supply security for other countries.

After the rare earths high prices shock in 2010–2011 billions of dollars of investment went into new rare earths geological investigation and production and recycling technologies outside of China. It was expected that by 2015 the world would finally see the break of this rare earths monopoly but it continues.

Multiple rare earths mining projects, initiated during the period of high prices, have mainly disappeared in the last two years when the prices returned to where they were in a “pre-bubble” period. However the two earlier starters, Australia- and Malaysia-based Lynas and the U.S.-based Molycorp scheduled their projects in time and successfully acquired investors’ capital. The companies were able to demonstrate their ability to produce and deliver high quality product to the market, though being far behind the schedule and achieving it under higher costs.

After three years of operating in the red, in September 2015, Molycorp ceased its renewed rare earths production at the Mt. Pass facility in California, and now is under bankruptcy. Unlike Molycorp, Australian Lynas, after restructuring its debts, was able to achieve positive operating cash flow, increasing rare earths production and sales by 70 percent to 10,000 tons (which is about 8 percent of estimated world production in 2015). Under current market prices, Lynas continues to generate losses, but so too do a good half of Chinese rare earth miners.

In 2016, Lynas plans to reach 100 percent of design capacity for the most valuable product in its portfolio—Nd-Pr oxides (used for magnets production)—at its processing facility at Kuantan in Malaysia. It has also scheduled new mining campaign at Mt. Weld in Western Australia (previous was in 2007–2008), as well as continues strengthening its customer base in Japan, Europe, and now China.

The success of Lynas, and hopefully its future followers, diversifies the sources of rare earths and secures their supply for customers outside of China. Beyond application for magnets, there are other new innovations based on rare earths waiting to happen, for example the use of gadolinium to drastically decrease energy consumption in refrigeration and air-conditioning. It’s not the lack of rare earths but the lack of security in their supply which limits the development and introduction of these innovations.

In the meantime, the rare earths market is expected to be strongly dependant on the situation in China around continuing restructuring of the sector and getting control over illegal rare earth mining and processing.

Artem Golev is a postdoctoral research fellow at The University of Queensland in Australia. This article was originally published on The Conversation.