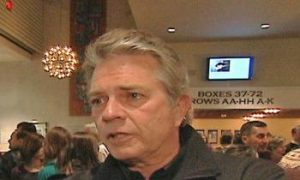 'I thought the performances were outstanding,' Says Film Producer
0 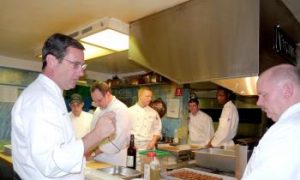 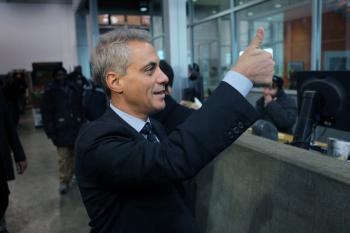 Rahm Emanuel gives a thumbs-up at a produce distribution warehouse where he received the endorsement of Teamsters Joint Council 25 on Jan. 25 in Chicago. Emanuel has been placed back on the Chicago Mayoral ballot after the Illinois Supreme Court issued a stay on an Illinois Appellate Court decision that he didn't meet Chicago residency requirements to run for mayor. (Scott Olson/Getty Images)
US

By Mary Silver
Print
Rahm Emanuel will stay on ballots for Chicago's mayoral race until the Illinois Supreme Court hears his appeal on whether or not he violates residency requirements to run for office, after the court announced a stay on Tuesday, Jan. 25.

Presiding Judge Mark J. Ballard instructed the Board of Elections for Chicago that any ballots printed before the appeal is heard must include Emanuel's name.

Emanuel had made an emergency petition to overturn an appellate court decision that he was not eligible to run for mayor due to his living in Washington, D.C. as President Obama's Chief of Staff. Emanuel left his post in October of last year.

The facts of the case are not in dispute. Emanuel lived in Washington while serving in the Obama administration, and rented out his Chicago house. He remained a registered Chicago voter, and was found eligible to run for mayor because of this technicality. He paid property taxes in Chicago, paid Illinois income taxes, used a Chicago address on his checks, and kept major household belongings in Chicago.

After his resignation as Obama's Chief of Staff, Emanuel returned to Chicago and rented an apartment there. He is a native of Chicago and was previously elected to Congress from the district where his house is.

The relevant law under question, according to a court document from Jan. 24, seems to be the Election Code provision section 3-2 stating that "no elector shall be deemed to have lost his or her residence by reason of his or her absence on business of the United States."

Walter P. Maksym, Jr., and Thomas L. McMahon filed formal objections to his candidacy with the Board of Elections Commission, saying he should be barred from running because he had not lived in Chicago for one year before the election. The election will be held on Feb. 22.