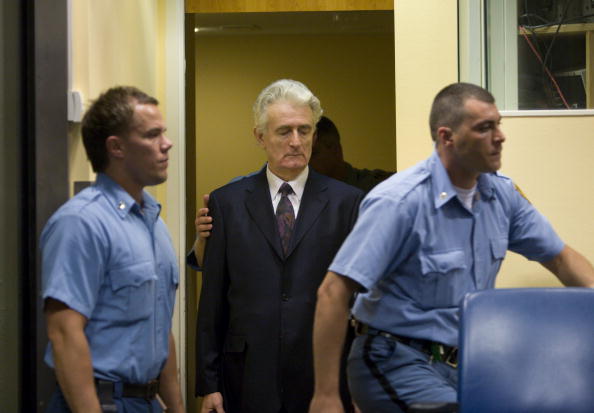 Former Bosnian Serb leader Radovan Karadzic said Tuesday during his war crimes trial that he should be praised for promoting peace during the Bosnian civil war of the 1990s.

Karadzic is charged with genocide and is standing trial at the International Criminal Tribunal for the Former Yugoslavia in The Hague.

“Instead of being accused, I should have been rewarded for all the good things I have done. I did everything in human power to avoid the war. I succeeded in reducing the suffering of all civilians,” said Karadzic, according to The Guardian.

“I proclaimed numerous unilateral cease-fires and military containment. And I stopped our army many times when they were close to victory.”

He was arrested in 2008 after spending years in disguise, growing an immense beard and giving lectures on alternative medicine.

Karadzic is accused of carrying out the killing of 7,000 Muslim men and boys in Srebrenica in 1995. He is also charged with the more than three-year-long siege of Sarajevo, which left at least 12,000 dead.

Prosecutors have said that Karadzic, as well as former Yugoslavian President Slobodan Milosevic, and Bosnian Serb military commander Ratko Mladic orchestrated a mass cleansing of Bosnian Muslims and Croats during the war that lasted from 1991 to 1995 in what was the worst European conflict since World War II.