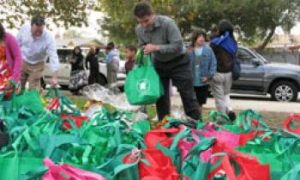 The controversial method of obtaining natural gas from shale by blasting a solution of water, sand, and chemicals into the earth, has had residents in New York City, Pennsylvania, and across the nation worried for some time now. The Uttica and Marcellus Shales, where a rich deposit of natural gas lies, are too close to drinking water supplies for comfort.

While natural gas is hailed as a greener alternative to coal and oil-generated energy, environmentalists and concerned citizens warn water supplies could be irrevocably contaminated.

New York Times reporter, Ian Urbina, published an article on Feb. 26 detailing an analysis of thousands of documents from the EPA, state regulators, and drillers.

“The documents reveal that the waste water, which is sometimes hauled to sewage plants not designed to treat it and then discharged into rivers that supply drinking water, contains radioactivity at levels higher than previously known, and far higher than the level that federal regulators say is safe for these treatment plants to handle,” reports Urbina.

The investigation revealed that many of these treatment plants flow into Pennsylvania's major river basins. These basins feed rivers that millions of people draw their drinking water from. Though this is an extreme case, says Urbina, hydraulic fracturing poses a threat to drinking water across the nation.

The EPA did not respond to a request for comment as of press deadline.

While EPA officials did express concern over the contamination in internal documents, the EPA reportedly did not act on those concerns.

“The EPA has not intervened. In fact, federal and state regulators are allowing most sewage treatment plants that accept drilling waste not to test for radioactivity. And most drinking-water intake plants downstream from those sewage treatment plants in Pennsylvania, with the blessing of regulators, have not tested for radioactivity since before 2006, even though the drilling boom began in 2008,” states Urbina.

Shortly before this report was released, Bill H.R. 1 caused a stir among environmental groups and others worried about preserving the nation's drinking water. The bill, which outlines proposed cuts over a broad range of areas to be evaluated with the federal budget, would effect a budget cut of 67 percent, or $1.4 billion to the EPA’s Clean Water State Revolving Fund.

The Clean Water State Revolving Fund is used by states for waste water infrastructure—exactly the area that experts say needs improvement if hydro-fracking is to continue to grow as an industry.