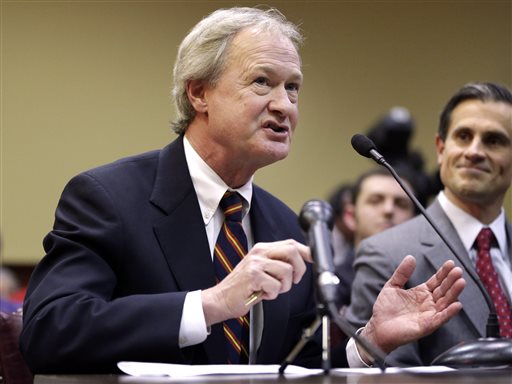 R.I. Governor to Become Democrat As Early As May 30

R.I. governor to become Dem: Lincoln Chafee has told senior Democratic Party officials that he will switch his party registration.

Chafee, a former Republican senator elected to governor as an independent in 2010, is going to be welcomed by Democrats, according to Politico. White House press secretary Jay Carney said that “the president welcomes Gov. Chafee to the party.”

“Gov. Chafee has been a longtime supporter of President Obama and not as a party matter,” Carney said.

The governor is expected to announce the switch as early as May 30, according to USA Today. Chafee declined to support former President George W. Bush for a second term, and has supported current Democratic President Barack Obama, including campaigning  for him in 2008 and 2012.