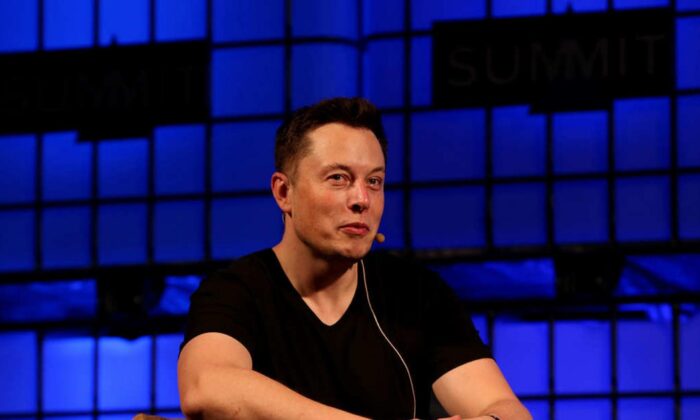 The impending acquisition of Twitter by the world’s wealthiest person, Elon Musk, is one of the most improbable developments out of the business world—and, indeed, the political world—in decades. Though a fairly modest percentage of adult Americans use Twitter, at least when compared with more popular social media outlets like Facebook and Instagram, the platform is disproportionately influential in shaping the news cycle and driving current events. Much like a major newspaper outlet, then, the composition of Twitter’s ownership matters, even if it matters more for social than for purely financial reasons.

Musk is famously inscrutable—perhaps even enigmatic. But his reasons for acquiring the social media company for a cool $44 billion seem reasonably clear. The Tesla and SpaceX magnate wants to bring free speech and open discourse back to Twitter, which suffered under the heavy-handed reign of its woke co-founder and former CEO, Jack Dorsey. For his efforts, and assuming he can cross the t’s, dot the i’s and consummate the acquisition, Musk should be applauded by everyone opposed to the American ruling class’ censorious hegemony. That ruling class routinely got its way under Dorsey, as encapsulated by former President Donald Trump’s post-January 6, 2021, Twitter banishment.

Twitter under Musk’s imminent ownership augurs well for the future of open, dissident, ruling class-skeptical discourse in America’s 21st-century digital public square. But many questions still remain for Mr. Musk. Here are just a handful of them.

Most important—as is the case for any incoming organizational owner, president or chairman—what kind of personnel changes can we expect right out of the gate? Will Musk fire Dorsey’s hand-picked successor as CEO, Parag Agrawal? (He should.) Will Musk fire all the various software engineers and computer programmers behind Twitter’s many years of censorship, deplatforming decisions and shadowbans (all of which, predictably, tended to skew in one ideological direction)? Even the human resources decision-makers must go.

Just as important, where will Musk go to recruit his personnel replacements? There is now a flourishing countercultural tech world replete with talented, woke-skeptical entrepreneurs, programmers and software developers. The neo-reactionary right-wing blogger Curtis Yarvin emanates from that world, and Peter Thiel is the single public figure probably most readily identifiable with it. Musk should aggressively tap into that network and meet with Thiel and venture capital firm Founders Fund early and often. He must clean house internally and completely revamp Twitter’s recruitment practices.

Furthermore, what public actions will Musk take to redeem Twitter’s image and restore its credibility among the broad subset of the population that no longer trusts it? A truth and reconciliation commission-style approach is needed here. Within the confines of what is permissible under extant intellectual property law, Musk should publicly expose Twitter’s old algorithms that were used to ban and shadowban digital speech that ran counter to the ruling class’ preferred narrative. Public shaming is one of humanity’s oldest methods for restorative justice; good ol’ fashioned shaming will be a helpful tool for Musk as he seeks to reassure Americans that he means business.

Next, what specific standard will Musk use to secure open discourse and ensure dissident speech is not suppressed on Twitter? The most obvious standard is a First Amendment one; in other words, if the content of the speech is such that the government could not censor it if it were spoken on a public sidewalk, then it should be permissible on Twitter. But even if such a standard were adopted, what steps will Musk personally take to ensure it is upheld? What kind of accountability measures will be put in place to forestall a rogue woke algorithm programmer from sneaking in some code that reverts to the pre-Musk censorship regime? If Musk means business, then he should govern as a hands-on owner—perhaps even CEO, if he can find enough time in the day away from his Tesla and SpaceX duties.

What will Musk do to tamp down speculation that he is too cozy with China? Jeff Bezos—who himself has zero credibility on the China question—mused on Twitter this week: “Did the Chinese government just gain a bit of leverage of the town square?” The context was a New York Times reporter who noted Tesla’s reliance on Chinese lithium batteries, as well as its dependence upon China as a consumer market. And there is more; for instance, Musk spoke last year at China’s World Internet Conference, a confab closely tied to the ruling Communist Party. Musk should take clear actions, once firmly at the Twitter helm, to ease the minds of those Americans who worry that our geopolitical archfoe may be able to get a little too close for comfort to the man who will control our digital town square.

Finally, what role will Musk play in America’s roiling Big Tech policy and legal debates, more broadly? Will he become an outspoken proponent of the need to reform Section 230, the arcane 1990s-era statutory provision that has been interpreted to give Big Tech platforms effective carte blanche for their discretionary content-moderation decisions? Will he advocate for the use of antitrust to break up Google, Amazon and/or Meta (i.e., Facebook)? Will he openly praise Justice Clarence Thomas’ recent suggestion that common carrier regulation may be legally appropriate for certain social networks? Musk now has the perfect platform to become a prominent spokesman on these pressing issues.

We should wish Elon Musk nothing but the best at Twitter. But we must also remain vigilant—and hold the titan accountable to his own professed word.