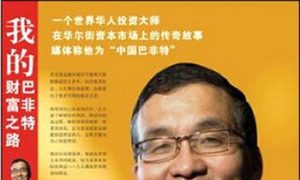 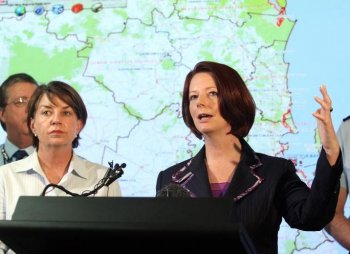 By Laurel Andress and Louise Stevanovic
Print
Queensland is reeling from possibly the worst natural disaster in its history, and facing a reconstruction effort of post-war proportions, premier Anna Bligh said at a press conference this morning.

The flood death toll now stands at 15, with 61 still missing. This morning, thousands of people in the south east woke to find their homes and businesses devastated or washed away.

Around 12,000 homes are inundated in Brisbane, approximately another 15,000 have been partially flooded, and 5,000 businesses are flooded or affected, according to the Queensland Police.

After 72 hours into the flood crisis, the premier struggled to hold back her emotions, as she encouraged Queenslanders to stay strong.

“As we weep for what we have lost, and as we grieve for family and friends, and we confront the challenge that is before us, I want us to remember who we are—we are Queenslanders, we’re the people that they breed tough, north of the border," Ms Bligh said.

"I said earlier this week that this weather may break our hearts, and it is doing that, but it will not break our will."

The Brisbane River peaked at 4.46 meters early this morning, lower than anticipated and than the 1974 peak of 5.45 meters. Authorities remain on full alert.

A man being swept swiftly down the Logan River in South Brisbane was heard by residents in Cornubia around 3 a.m. last night.

Andrea van Heerden and neighbours woke to cries for help, and immediately yelled out in reply.

“I raced outside and went down to the river that is at the back of our place,” Andrea said.

Other quick-thinking locals advised the emergency services by phone. Unknown to Andrea and friends, within minutes a rescue team had a boat in the river downstream.

“We had no idea what happened after that and went back to bed thinking we had done all we could,” Andrea said.

Neighbours were overjoyed to hear this morning that a man had been rescued from the Logan River not long after 3 a.m.

Flood waters are expected to remain high and fast-moving for several hours. Police are urging residents to take care, avoid sightseeing, and follow all directions.

More than 119,000 homes are without power across Brisbane and to the west in Ipswich. Some suburbs were disconnected as a precaution based on predicted water levels, and will get power back as soon as possible.

There are major supply issues in some towns, particularly Rockhampton to the north, where water is falling slower than expected and roads remain closed. Australian Defence Force planes are supplying groceries and other supplies in areas cut off by the floodwaters.